While perusing the thousands of reviews on this site, I noticed something a bit odd. There’s not a stand-alone review for one of the greatest science-fiction movies of all-time. Yep, we’re lacking a review of Ridley Scott’s 1979 classic, Alien. This review will change that.  At the time, Scott wasn’t the marquee name he is now. This was his first feature-length film to direct. Alien was a hit both critically and commercially and he would continue that trend in the 80’s and 90’s (and beyond) with films like Blade Runner, Thelma & Louise and Gladiator, to name a few. Alien inspired several sequels and even a spin-off of sorts with 2012’s Prometheus. But as purists go, many feel that James Cameron’s 1986 sequel, Aliens, is still the best of the lot. I personally disagree, but to each their own. Nevertheless, this is the one that started it all.

After responding to a distress call in deep space, the crew of the Nostromo, a space cruising vessel, is going to learn to mind their business, if they can survive that is. The signal came from a ship docked on a remote planet, which appears to be void of human or any other type of life. The crew lands on the planet, and takes to foot patrol to investigate the seemingly abandon ship. Just as things begin to take a turn for the worse, the Nostromo’s computer translates the distress call, which is more of a warning that call for help. But that information is learned too late, as the crew has stumbled upon a nest, which houses some strange, and as they will soon find out, deadly creatures. One of the crew members is attacking by a small creature which clings to the face, and the others take the crew member back to their ship to try to remove the creature. This is a notion the crew will regret, as the creature begins a total attack on the crew, leaving a wake of death and destruction behind. No efforts seem to work against it, so how will the crew escape the lethal animal before it’s too late?

While the formula worked here, it’s become copied so many times that it now seems a bit of a cliche. You know what I’m talking about, where each member of a crew gets picked off by some unknown force until it’s down to the protagonist versus the antagonist. Well, the thing is that in this movie it wasn’t so formulaic. And it’s told in a way that is both terrifying and exhilarating at the same time. Not many films can do that to a viewer. Perhaps the best thing to come out of Alien was that it made its star, Sigourney Weaver, a Hollywood A-lister. She’d go onto a very notable career and one that’s not seen its end. And, of course, the ensemble cast of Tom Skerritt and John Hurt only added to what many consider to be one of the best science-fiction movies ever. I’m going on the assumption that anyone reading this has seen this film, but if not do yourself a favor and give it a watch.

This is the first foray into 4K territory with Alien and I have to say that the previous Blu-ray looked pretty good. Ridley Scott supervised the 4K restoration personally and it shows. The print has been cleaned up, which removed almost all the unwanted grain and by turn, that eliminated moments of softness. I didn’t see even a single nick or piece of debris either, so Fox has gone the extra mile to make Alien look pristine. I noticed the colors have been enhanced also, so hues that once looked soft now have a vivid presence, which really adds to the visuals. The addition of HDR really adds to the film with it being as “dark” as it is. Additionally, the reduced softness, smooth and refined contrast make the darker tone really sparkle here. This is the kind of excellent treatment Alien deserves, so I am sure fans will be thrilled to no end.

Surprisingly (or perhaps unsurprisingly) Fox has not included a Dolby Atmos track on this new disc. What we have is the same DTS HD Master Audio track from the previous Blu-ray. While it’s a bit disappointing to not have the next generation track on such a popular movie, it’s not as if the DTS HD track is by any means paltry. It’s not. It rocks. Vocals are pure, surrounds are used often and the LFE really get room to shine. I’d forgotten how much bass this movie has and it really adds to the allure and tension contained within. Add to that Jerry Goldsmith’s stunning score and it’s a good-sounding track that’s sure to please.

The supplements seem to be the same as the 35th Anniversary edition, so there’s nothing new here other than the film in 4K. That said, as I mentioned above, we’ve not previously covered this disc, so let’s get started.

Of note, both the theatrical version as well as the 2003 Director’s cut are included in this set.

As with a lot of Fox’s 4K titles, this is a mixed bag. On one hand, it’s nice to have Alien on 4K and it does look astounding. The lack of a Dolby Atmos track is a bit of a letdown, but it sounds just fine. There are no new supplements to speak of, so it’s essentially just a re-issue of what’s already available, albeit looking just a bit better. Purists might want to wait for the entire series to get a 4K release, otherwise I really don’t see the need to upgrade. 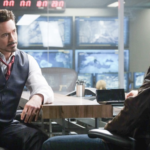 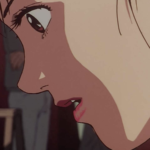