Those words were spoken by Robert Downey Jr.’s iconic character in 2008’s Iron Man. And it’s been a long time since we last heard them. But it’s here. The wait is over and yes, it was worth it. Though this isn’t the “end” of the Marvel Cinematic Universe (the MCU from now on for the sake of my fingers), it does both close and open a lot of doors for the characters within. The 22 films have garnered billions of dollars in profits, spawned countless superhero films and even garnered an Academy Award nomination for Best Picture (Black Panther). With little to prove, the only thing that viewers really wanted and/or needed was some resolution. After all these infinity stones have been in the MCU for quite some time now. Josh Brolin’s lantern-jawed, purple persona has been pining over them nearly as long. Earth’s Mightiest Superheroes have assembled (what’s left of them) and it’s an all out battle. Let’s get this party started!

This review may contain minor spoilers for the film. It’s also assumed you’ve seen Avengers: Infinity War. If not, do so.

For a movie that runs just over three hours, there isn’t a lot to the plot. The events of this film take place roughly a few weeks after the events of Avengers: Infinity War. Thanos wiped out half of the population of the Earth and with it many of the top-billed stars of plenty of MCU films. What Avengers: Endgame focuses on is those left behind. Clinging for hope that something or someone will reverse what happened, five years pass. The heroes have moved on with their lives and it seems that the Earth has as well. Things are different. But it’s not until Scott Lang (Paul Rudd) emerges from the microverse that shows there might be a way to undo what Thanos (Josh Brolin) has done. The remaining heroes, led by Iron Man (Robert Downey Jr.) and Captain America (Chris Evans) are to go back in time and commandeer the infinity stones at different points in time. This requires the help of everyone left and it’s a longshot that it’ll even work. If successful, the damage will be undone. But that’s a big if.

Avengers: Endgame gets a lot right. If anything it finally validates the character of Hawkeye (Jeremy Renner) who spent the first Avengers film in a trance. It gives the character more depth. There’s also a lot to get used to: a medium-sized Hulk (Mark Ruffalo) that has a never-ending supply of activewear. There’s Thor (Chris Hemsworth) who has donned the persona of Jeffrey Lebowski and the uncertainty of the two main characters: Iron Man and Captain America. But this film, much like Harry Potter and the Deathly Hallows: Part II is all about resolution. Twenty one films preceded this one and it’s all led up to this.

Ultimately the biggest heroes aren’t seen on screen. They’re the two guys who wrote the film taken from twenty-one separate installments, many of which were penned from other writers. They’ve woven them into a coherent whole. Avengers: Endgame brings back characters and scenarios from other MCU films. And these don’t feel forced. They have a part in the film and it’s all been woven into the plot of this one. The result is a work that perfectly play off the connection audiences have made to the MCU since its inception.

Oh, come on. Who are we kidding? This is one of the highest-grossing films in the history of cinema. Do you think that it would look anything less than perfect? Well it does. But just a tinge. The 4K format is a lovely thing in the most literal sense of the word, but with a three hour movie even the highest bitrate in the world will have an error or two. And, again with the running time, it gave me about an extra hour to find them (although they’re few and far between).  And, in truth, the “faults” are very few and far between with a few scenes looking just the slightest bit soft and some of the CGI looking a bit odd (Michael Douglas’ character of Hank Pym comes to mind). Contrast is rock solid, colors are all over the palette and detail is tack sharp. Seriously folks, this checks all the boxes and I’d find it very difficult to believe that anyone out there will be disappointed with how this looks. But it takes something special to get that coveted 5 star rating from us and this isn’t it. But it’s close.

Turing the attention to the Dolby Atmos soundtrack. Well, that’s another story. There are several instances in which the atmospheric soundtrack gets to flex its muscle, but there’s also a lot of dialogue in this film. Considering the running time, there has to be. I did find a few instances in which the vocals were a bit low, but that’s nit-picking. The battle scenes (yes, scenes) is where this really shines and as with all the other MCU films, there’s something coming out of every channel. Audiophiles have had a field day with some of Disney’s Dolby Atmos releases, but I found no such instance here. Simply put, this is a stellar-sounding track. Turn it up!

This will sound very cliched, but it’s all led to this. The first Marvel Cinematic Universe film came out in 2008 and more than a decade later we’ve got a pretty big finale. Fear not, loyal fans, they’re making more. Far be it from Disney to shut the door on guaranteed profits. But if the Avengers are your thing, then this is what you’ve been waiting for (and as evidenced by the box office, you were). And it delivers. The 4K disc is simply stunning to look at and listen to and there are enough extras thrown in that this should easily find a place in your collection. 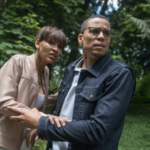 The Intruder (Blu-ray)
Next Article 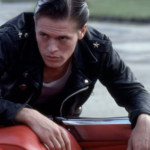