About twenty years ago my grandmother was visiting my family. My Mom suggested that I bring over some DVD’s for her to watch. So I brought some classics like Singin’ in the Rain, Casablanca and The African Queen. My Mom noted that she loved Singin’ in the Rain so much that she watched it again. My response: “Why?” My Mother responded that it wasn’t just a movie, but brought her back to a time in her life that was associated with it. That’s a roundabout way of saying that I, finally, see what she was talking about. I’ve found that movies, no matter how good or bad they are, are closely related to a time in one’s life as much as the subject matter on the screen says otherwise. Case in point, I can remember seeing this movie in theaters during my Jr. year of high school. Sadly, as of this writing, I haven’t seen a movie in theaters since 2013’s The Wolf of Wall Street. I’ve deprived myself of some of those memories. But I digress…we’re here to focus on a most excellent adventure with Bill S. Preston, esq. and Ted “Theodore” Logan. Ex-sull-ent.

Bill (Alex Winter) and loyal cohort Ted (Keanu Reeves) are two high school slackers who are focused on making their band, Wyld Stallyns, a reality. But they’re also in danger of failing History. If this happens, Ted is going to be sent to military school and, thus, the band won’t happen. We learn that their music was a pivotal factor in world peace and harmony, so Rufus (George Carlin) is sent back in time to ensure that the band is formed, the History class is passed and all is well. After being debriefed by Rufus, the duo hop in their time-traveling phone booth (there’s a generation or two that might not know what a phone booth is) and start gathering historical figures for their project. Among them is Abraham Lincoln (Robert V. Barron), Billy the Kid (Dan Shor) and Napoleon (Terry Camilleri) to name a few. The duo must now work against the clock, round up the troops and present (and pass) their history report. Can they do it?

Well of course they can. Logic would say that if we start in the future where everything’s fine, then there’d be no reason to go back to the past to ensure what happened will happen. Then again I realize that’s a bit too logical and I’d be missing the point of the film. This is a simple, harmless movie that’s not out to spread a message. It’s just fun to watch. The chemistry between Reeves and Winter is there, to be sure. Their wide-eyed enthusiasm every time music is played is one of the film’s high points. There’s also an odd sub plot about Bill’s father marrying a recent high school graduate. The less said about that, the better. To be blunt, Bill and Ted’s Excellent Adventure is one of those movies that (I’m assuming) every person in my generation has seen – and loves. Oddly, two years later there was a sequel Bill and Ted’s Bogus Journey, that left a bad taste in my mouth. And more than three decades after the original we had Bill and Ted Face the Music. This is the one that started it all and is clearly the best of the bunch.

I’m pretty sure I’ve seen this movie on every available home video format (OK, maybe not Beta) but certainly on VHS, LaserDisc, DVD, Blu-ray and now 4K. Technology is a wonderful thing and while I’m happy to say that this is the best the film has ever looked, it still leaves a bit to the imagination. The 2.35:1 HEVC 4K image has been cleaned up since the last Blu-ray came out in 2016, but it’s…not that much better. Honestly if you had a Blu-ray playing and told me it was a 4K, I’d believe you. Likewise, if I walked in a room with the 4K playing I could easily be convinced that it’s a Blu-ray. So while some movies really benefit from a new 4K transfer, others only offer incremental upgrades. This is one of them. But I know there are those out there who will buy anything with a 4K label on it, and the studios know this as well. This one’s for you.

I wouldn’t say that this is one of those films that’s made for sound. And it’s odd to say that since the film, well, revolves around music (and time travel). Admittedly, the included DTS HD Master Audio mix has its moments, but I’d say that the majority of the action takes place in the front stage. Don’t get me wrong, there’s the scene at the mall with the upbeat “action” track and the segments that show the gang traveling through the “circuits of time” does create an immersive experience. However, if you own the Blu-ray, this is nothing you haven’t heard before (pardon the pun).

I love this movie. It’s one that never fails to bring a smile to my face. And it’s hard to imagine a time when Alex Winter was a bigger star than Keanu Reeves. Shout’s new 4K disc ups the ante (a bit) by offering a superior picture over the previously-existing Blu-ray. But we also get the same audio mix and lose the third disc of extras included in the “Most Excellent Collection.” What’s more important to you – picture quality or extras? 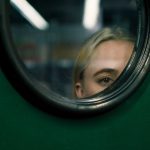 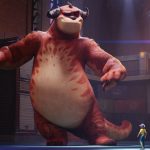