Marvel Studios is on a hot streak. Truth be told, that’s something of an understatement since they’ve never really had a total flop despite some of the films not doing as well as they might’ve expected. The Winter Soldier is the third of the “Phase 2” Marvel films and the final one (if you don’t count Guardians of the Galaxy) before the Avengers sequel arrives next May. Everyone has their favorite superhero, and while I won’t say Captain America is mine (he’s just a bit too square for my taste), I definitely think these have been the best superhero films in the Marvel Universe. I still find the original Captain America film to be thoroughly enjoyable and the most involving of the Marvel films. It has many elements that all mesh nicely. The origin story of Steve Rogers transitioning from a weakling into a super-soldier is entertaining and it featured a very great villain – The Red Skull, played wonderfully by Hugo Weaving. I also enjoyed how Director Joe Johnston recreated the 1940’s and turned it into a convincing period piece. Just as Winter Soldier will lead us into the next Avengers film, the first Captain America was also dealt with that task. Since The Avengers had enough on its plate juggling multiple heroes in one film, it never got to fully delve into Steve Rogers adjustment in the modern world. There were traces here and there, but most of them were left on the cutting room floor. One of the more interesting things about the Marvel films is not just how they tie into each other, but also the way they can be enjoyed as singular films as well. They’re as self-contained as they are within the same continuity.

The film picks up some two years after the New York battle in The Avengers. Steve Rogers (Chris Evans) is struggling to adjust to the current times, and befriends Sam Wilson (Anthony Mackie) as he’s jogging one day. The two quickly hit it off, and Wilson gets Steve up to speed on a few of the things he’s missed throughout the decades in which he was frozen in time. Wilson has a military background and sometimes acts as a motivational speaker. Fans of the comics will know that he eventually becomes the Falcon and an aide to Captain America. During an undercover mission, Rogers discovers that there are certain things that he’s not being told. Director Nick Fury (Samuel L. Jackson) informs him that there are some things that he doesn’t need to know and that S.H.I.E.L.D. “accepts the world as it is, not as we’d like it to be”. Rogers has serious issues with this, and ultimately, find himself not knowing who to trust. After Steve saves Nick Fury’s life from a sniper attack, a chase ensues. He throws his shield at the shooter, and is surprised when he catches it without the slightest trace of pain. The shooter escapes and Natasha Romanoff/Black Widow (Scarlet Johansson) shares some secret information with Steve regarding the shooter. He’s responsible for several assassinations and has been given the code name “The Winter Soldier”. Many will remember him as Bucky Barnes (Sebastian Stan), Steve’s former best friend who was thought to have died during a mission from the first film. Obviously, Steve isn’t aware of his true identity, at least, not at first. Assassinating Captain America and Black Widow becomes his latest assignment. Steve refuses to share information with a Senior S.H.I.L.D. Leader Alexander Pierce (Robert Redford). And this is when he declares them fugitives. I mentioned earlier that I enjoyed the Red Skull as the villain in the first film, and the Winter Soldier is another great villain, but also a complicated one. Like Steve, he was given the serum, but brainwashed as well. He also has a metal arm. It’s a tricky character to pull off, but, the film does a great job of slowly revealing more of him as it proceeds. As much as I wanted to see Captain America and the Winter Soldier duke it out, part of me didn’t want it to happen either. That sounds like a serious contradiction, but here we have a villain who used to be the hero’s best friend. That’s quite a dilemma.

The Winter Soldier lit up the Box Office, and the general consensus was overly positive. It was clear that The Avengers contributed to its huge gross as well. That film helped pique interest in this character. There’s a clear inspiration from the conspiracy thrillers from the 1970’s. Many might even recall a resemblance to Three Days of the Condor which also starred Redford. I was surprised by how understated the film feels. For a superhero film, it doesn’t drown in loud effects and routine action sequences. Sure, we get plenty of great action sequences, but they’re done with as little effects as possible, and this only adds to the film. One of the more interesting aspects is how it toys with the notion that the enemy can be anyone and everywhere. It also succeeds in areas where a lesser film might’ve failed – The falcon character is grounded in reality and Mackie plays him perfectly, avoiding letting things venture into camp territory. Evans continues to do great work as well, and he and Johansson have such an easy, natural charm. I’ve read minor complaints that there were too many not-so-subtle references to the other Marvel characters, but I see no issue with this. After all, it IS the same universe and what sense would it make to ignore that? There’s a brief mention of Iron Man as well as Bruce Banner (among others), but they don’t feel forced or out of place. I also appreciate how this film doesn’t shy away from things set up in the first film. I won’t reveal specifics, but it (thankfully) follows up on some characters from the first film and answers a lot of questions you might have. There are a lot of sequels that simply gloss over things, or avoid them all together. That doesn’t happen here. All things told, The Winter Soldier proves to be a solid and entertaining entry in the Marvel universe. It’s definitely one of my favorite Marvel films, and definitely my favorite of the Phase 2 films as well. I’m still not sure if I prefer it to the first Captain America film, but it definitely is a worthy sequel, some might even prefer this entry. Either way, fans will definitely want to add this to their collection.

Footnote: Be sure to stick around until the end of the credits for a couple of bonus scenes. If you’ve seen a Marvel film, this might be second nature, but it’s worth mentioning nonetheless.

Ok, let me break out my thesaurus and look for words other than amazing.  No need, as I’m sure the point will be hammered home after a few sentences. As one of the marquee films of the year (and one of three from Marvel Studios alone), Captain America: The Winter Soldier has landed on 4K and looks nothing short of perfect. Clocking in at 136 minutes, the length of the film has no impact on the overall visual quality. The 2.40:1 HEVC 4K image is so crisp, so pure and so crystal clear throughout, it’s like looking through a window.  Detail is off the charts, take a look at Nick Fury’s eye patch – you can see the individual veins around his eye socket. Colors are rich and vibrant, though a majority of the scenes seem to have a darker tone to them.  Flesh tones are warm and naturalistic.  The Blu-ray looked good, but this 4K version knocks it out of the park.

We get an upgrade to a Dolby Atmos track, just like the other Marvel 4K films. I found this one a tad lighter than its predecessor, but nothing “bad” overall. There is a modest uptick in some of the action sequences (of which there are many) and astute listeners will be able to tell the difference between this and the DTS HD track. Vocals are strong, well-centered and free of distortion.  The score resonates through the sound field and really adds to the overall ambiance of the film, heightening the mood in several key sequences. Naturally there are a lot of fighting and battle scenes, an amazing car chase scene through Washington D.C. and the final scenes on the helicarriers. They all sound amazing. LFE are heavily involved, sometimes even shaking the floor for a few seconds. Surrounds are constantly involved adding depth and dimension to the rear channels. I can go on and on, but I’ll just say that this five star rating is well-deserved.

The 4K disc has no supplements and the ones included are found on the Blu-ray.

Captain America: The Winter Soldier is widely considered to be one of the best, if not the best, MCU title. It’s no coincidence that this is coming out when it is, but in an effort not to date this review I’ll let you, true believer, figure it out. The upgrade to 4K offers a better, more detailed picture and a Dolby Atmos soundtrack. But if you’re content with the Blu-ray, no new supplements have been added. It’s your call. You’ll make the right choice. 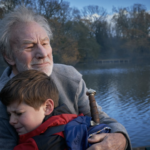 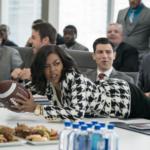