Natalie (Cameron Diaz), Alex (Lucy Liu), and Dylan (Drew Barrymore) are beautiful women, but these chicks don’t just stand around and look good, that’s for sure. These three lovelies are a special task force that answers to Charlie (John Forsythe), a wealthy man who commands the girls to combat criminal activities. This newest mission could be their toughest ever, as the girls and their sidekick Bosley (Bill Murray) need to uncover the whereabouts of Eric Knox (Sam Rockwell), a software mogul who was kidnapped. The three beauties use their skills to disguise themselves well and enter the life of Knox’s rival, Roger Corwin (Tim Curry). It seems as though Corwin is the logical suspect and soon enough, the girls end up in a rumble with a mysterious thin man (Crispin Glover) and rescue Knox from a hidden location. The mission is not over yet however, as some voice software was taken and unless the ladies can regain it, the new owners can invade everyone’s private phone calls. But can even these three ass kicking females break this case, which could involve espionage, fist fights, double agents, and of course, all sorts of high tech traps and gizmos?

Charlie’s Angels knows that it is one of the most hollow films ever made, but it promises cool fight scenes, wild adventures, lots of laughs, and of course, beautiful women. I liked about the first half hour of Charlie’s Angels and was impressed with the level of energy up to that point, but then it all just sort of ran out of gas on me. I don’t think this stall comes from the writers, as the flow seems to want to come through the material, but no one is there to steer the ship through the rough waters. So the main flaw I see with this film is the direction, but since Joseph McGinty Nichol is a first timer from the music video business, this was to be expected. McGinty starts off strong and lives up his the hype, but he is unable to sustain that level until the end, which leads me to think a return to the small screen is in order, at least for now. But of course, profits mean more than anything, so I’m sure he’ll lessen another film with his lack of talent soon. This is a movie I wanted to like, it seems to have all the elements, but without competent direction, this train slams on the brakes toward the end and that really hampers the film. Even so, this is a decent enough little flick with some terrific moments, too bad it just didn’t have the element of consistency it needed.

This film marks the feature film debut of music video director Joseph McGinty Nichol, who prefers to, as most music video directors do, be called by a single word, McG. Like most of the music video helmers before him, McGinty has tons of visual spark, but nothing under the hood to make it all come together. I understand that this film is supposed to brainless and fun, but McGinty supplies no substance here whatsoever, which leaves me very let down. The three and a half minute sequences (hmmm…about the length of a music video) are the longest McGinty can sustain before falling apart, and that happens often here. I think the real eye candy comes from the costumers and the girls themselves, not from McGinty’s simplified method of direction. I just hope he returns to music videos, or at least sticks with movies that just need a cardboard man in the director’s chair. The cast of Charlie’s Angels includes Cameron Diaz (The Mask, Any Given Sunday), Lucy Liu (Shanghai Noon, Payback), Drew Barrymore (Ever After, Mad Love), Bill Murray (Caddyshack, Rushmore), Crispin Glover (River’s Edge, Back to the Future), Sam Rockwell (The Green Mile, Galaxy Quest), Tim Curry (The Rocky Horror Picture Show, Clue), and Kelly Lynch (Road House, Mr. Magoo).

Debuting on 4K with a super sharp transfer that’s sure to please fans and causal viewers alike. It’s been some time since I last viewed the regular Blu-Ray, but this marks a definite improvement. Overall sharpness and definition is improved. The ratio here is 2.40:1 and the HDR is one of the better recent 4K titles I’ve seen. The pores and scars on some of the faces seen here offer increased clarity as well as smooth and even colors and strong background details.

The Dolby Atmos track is booming and keeps us engaged from start to finish. Vocals are clear and the action really invades us and brings us right into this world. I felt fine with the previous track on the Blu-Ray disc, but this one offered a strong improvement as well, which had a bit more clarity to it. Like the new transfer, this serves the film in a strong manner.

The 4K disc has a couple of items, while all the others are carried over on the Blu-Ray disc.

It was fun revisiting Charlie’s Angels after all these years. The film is disposable entertainment, but so what? It’s a lot of fun and the girls are great to look at. It will be interesting to see what the next chapter can bring to the table. This new 4K set offers a substantial upgrade in picture and sound and all the extras are carried over. It’s entirely up to you if you want to upgrade or if you don’t own a prior version then all the better. 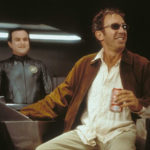 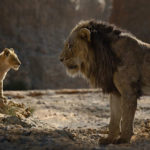