Prince Akeem (Eddie Murphy) is the heir to the throne of Zamuna, which means down the road, he will rule over Africa’s richest nation. He has all the luxuries a man could want, including women who fall at his feet because of his social status. But to Akeem, this isn’t the kind of love he wants, but his parents follow the traditions of Zamunda, which means an arranged marriage will soon have to take place. Akeem wants to find a woman who loves him for who he is on the inside, not because he is rich or royalty, but in his native Zamunda, that would be impossible. So Akeem decides to take drastic measures and travels to America, joined by his right hand man Semmi (Arsenio Hall). After all, if there is a place in the world to find a worthy companion, it would be Queens, right? Akeem tries to blend in and hide his roots, but he still stands out at times. Can he find true love and even if he does, how will things change when the truth is revealed?

Whenever I think of Coming to America, I think of Trading Places. Eddie Murphy heads up both films, John Landis helmed both, and of course, the Dukes even show up in both. But both are also hilarious and have the same kind of sense of humor, so if you like one, you’ll probably like both. I prefer Trading Places, but Coming to America more than holds its own. While not populated with as many memorable characters, we do get to see countless roles played by the same actors. These days we’re used to seeing Murphy buried under makeup and prosthetics, but here it seems fresh and of course, Murphy shines even in these varied personas. The story here is pretty basic, fish out of water type stuff, but it works. The writing is great and provides some quotable lines, while the cast is also good, especially Murphy, of course.

I’ve never found the film to look bad on any home format. But with the advent of 4K and studios going back and meticulously remastering titles, it really does give me a newfound appreciation for the way some look. That said, Coming to America makes its debut in 4K and the result is nothing short of amazing.  The film is more than three decades old, but aside from some costumes and hairstyles, you couldn’t tell. There’s a fine layer of grain that gives the picture a very cinema-like feel to it. Color depth has been improved as has detail and black levels. The opening sequence in Zamunda looks particularly striking. Whatever the process is they use to make these older films look good – they need to get to more, as soon as possible. Coming to America has never looked better.

It’s taken some time, but gone is the Dolby Digital 5.1 track from the previously-released Blu-ray. We’re now treated to a brand new DTS HD Master Audio mix. I don’t know why a Dolby Atmos mix wasn’t used, you’d figure that if they were going to go through the trouble of making a new mix, it’d be the best that was available. Nonetheless, this is a welcome change and I found it fairly impressive. Vocals are pure and rich. Murphy and Hall play multiple characters in the movie and it’s amazing how diverse they sounded. Dynamic range has been improved as well, I found there to be a bit more depth in the front stage and surrounds a bit more active. It’s not the epitome of dynamic sound, but it’s a major step up for the film’s audio.

While a bit disappointing that there are no new extras, the existing ones have made the leap – again – to this disc. We’ve discussed those in our original review of this title.

There’s no denying the long-lasting appeal of this film. It showcased the talents of Eddie Murphy and finished off what was a very successful decade for the actor/comedian. The improved picture and audio make this one an easy addition to any collection. The lack of any new supplements is a bit of a downer, but don’t let that deter you. 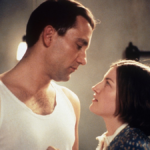 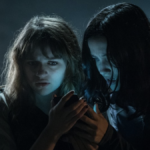