I’m not really sure how to start this review as I’ve started so many Marvel movies with a brief history of the MCU, Iron Man came out in 2008 and so on…I need something new. A new angle. So I’ll focus on the director – Sam Raimi. Raimi is, of course, best-known for his work on the iconic Evil Dead series of film. I’ll go under the assumption that anyone reading this has seen those. If not, do so. Raimi took a nine year hiatus from directing feature-length films. His last one, Oz the Great and Powerful left a little to be desired. But for a director known for his horror films, he seemed like the perfect fit and his unique visual style seems perfectly suited for a movie like this. Oh and it’s in the MCU if that’s a big deal. I suppose it is.

Dr. Stephen Strange (Benedict Cumberbatch) is back in this installment and his former colleague, Wanda (Elizabeth Olsen) has fallen under the spell of an evil book known as the Darkhold. She’s on a bit of a rampage and the only way to stop her is to travel through the multiverse and connect with different versions of himself in alternate dimensions. His ultimate goal is to procure a second book that can destroy the Darkhold. He gains a young, strange ally in America Chavez (Xochitl Gomez), someone with the ability to move through those multiverses. He also sees an alternate version of Christine Palmer (Rachel McAdams). But, let’s face it, the real showdown is between Doctor Strange and the Scarlet Witch. She unleashes spells that cause hallucinations and so forth. It’s up to Strange and America Chavez to save the universe – all of ’em.

Doctor Strange in the Multiverse of Madness represents the 28th film in the Marvel Cinematic Universe. If you like it, and most do, that’s a good thing. And there’s news…the MCU isn’t going anywhere anytime soon. So either get your inner fanboy in action or give the DC Universe a try. The MCU is in somewhat of a weird place right now. With the ripple effect of Avengers: Endgame still reeling, there doesn’t seem to be any “bigger picture” that they’re building towards. With the older movies, we knew that it revolved around the infinity stones. Here…not so much. It seems like they’re just trying to introduce as many characters as they can. That can be good or bad. But, that aside, I managed to like this film and found that Raimi was a perfect fit as a director. If the more mystical side of the MCU is your thing – you’ll be right at home.

If ever there was a film that was destined to be seen in 4K, it’s Doctor Strange in the Multiverse of Madness. The physical and literal bending of time and space make for a very unique visual experience. If you take a few scenes from Christopher Nolan’s Inception (or maybe even Interstellar) and make couple it with an M.C. Escher drawing, you might get a feel for how some of these scenes look. Throw in a levitating cloak, someone who can open a portal to another dimension and you’ve got one very interesting-looking movie. All of the usual caveats are in place as well. Detail is tack sharp, flesh tones are warm and natural and contrast and black levels are solid. The addition of HDR and a slight uptick in detail only sweeten the deal.

The film has been given a slight bump in audio quality with the addition of a Dolby Atmos soundtrack. There are those that really aren’t too fond of Disney/Marvel’s Atmos soundtracks, but I’m no audiophile. It sounds good to me and even has a bit more depth than the previously-released DTS HD track. Then again I guess if you’re bending reality, it can sound any way the director pleases, right? Seriously though, this is one dynamic mix that isn’t afraid to use each and every speaker in your setup. The front stage is frantic with action, but the surrounds get a workout and really add that sense of depth and dimension (sorry, couldn’t resist) to many scenes. The LFE thump in as well, offering some much needed bass to some of the third act’s antics. Vocals, of course, are pure and sharp. It’s a great-sounding mix that’s a definite compliment to the visuals.

The two-disc set comes with a smattering of extras, though they’re all found on the included Blu-ray disc.

Doctor Strange in the Multiverse of Madness does a few things: It serves as a cinematic “sequel” of sorts to the Disney + WandaVision. It gives us a new character in America Chavez and it also manages to stand on its own as a solid entry in the MCU (and might even be considered a true “horror” film). Reference-quality visuals and audio along with a decent amount of supplements make for a recommended purchase. 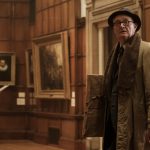 The Duke (Blu-ray)
Next Article 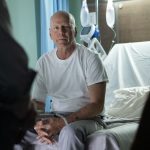