I highly doubt if anyone reading this review needs a blow-by-blow recap of the story of E.T., so I’ll focus more on the elements of the story that resonate with me most personally, and how my perceptions of the film have changed since I first saw it in theaters back in 1982.  E.T., some have said, is arguably Steven Spielberg’s most personal film to date, though I’d argue that title still goes to Schindler’s List.  It’s a movie that works for children and adults equally-well and on separate levels.  On the surface, it’s a simple story of an alien who befriends a young boy and, through his experiences and feelings, experiences life here on Earth.  Underneath that, though, there’s a very different story which emerges.  Over the years, my appreciation of what Spielberg manages to convey through the film has only deepened, and it’s made E.T. one of my absolute favorite films.  Maybe it’s a view of a picture that one can only arrive at through a certain level of maturity, but it’s the second level of meaning behind the main events that keeps me coming back to revisit the film again and again.

One of the most masterful elements of E.T. is the device of having Elliott and ET share emotions.  Indeed, it is the necessity of empathy in our lives – and not merely the acceptance of those different than yourself – which forms the true backbone and heart of the film.  E.T. feels what Elliott feels, and that connection goes both ways.  In a great, heart-wrenching scene late in the movie, Elliott tells E.T. that he knows he’s lost him because he doesn’t know what to feel.  This is a stirring tribute to the truest nature of love.  It’s not about liking another person, but of feeling and seeing the world through their eyes and allowing that experience to change the way you perceive your own surroundings.  Underlining these themes is the story of a divorce that Elliott and his siblings find themselves having to fight their way through.  Elliott is rather lost in his life when E.T. enters it, and the relationship that the two share changes his life forever.

For what some may deem a children’s film, there are decidedly adult themes all throughout E.T..  Or rather, there are adult themes dealt with nearly entirely from a child’s perspective.  Indeed, it wasn’t until fairly recently that I realized that there are virtually no scenes (until the climax and with the exception of Elliott’s mother) which show adult characters entirely within the frame.  For the majority of the film, they’re either presented in silhouette or shot from the waist down – exactly as they’d be perceived by children.  This cinematic decision forces us to watch the events unfold from ET and Elliott’s point of view rather than as uninvolved, omniscient observers.  It makes things personal in a way that few directors could have ever pulled off correctly.  Couple these things with possibly the most stirring and emotional score to ever come from a genius like John Williams (ending with a 15-minute magnum opus that’s still, in my humble opinion, the high-water mark of his illustrious composing career), and you don’t just have a film for all ages.  It’s a film for the ages.

When a Steven Spielberg films comes to a new format, I think it’s safe to say that it’ll be around for a while. Then again I might need to check and see if any of his films were released on HD-DVD! Nevertheless, E.T. remains a notable release for this 4K format. Having seen the film on nearly every format imaginable, a new transfer was struck from a 4K OCN scan, with full 4K workflow. What’s that mean in plain English? It looks good.  Detail levels are incredible, grain is left fully intact, DNR is kept to a tasteful, needed minimum, black levels are rock solid and inky throughout, digital noise isn’t a problem, and edge enhancement is nowhere to be found.  I simply found my jaw dropping over and over while marveling at the perfection of this transfer.  While I feel it my duty as a reviewer to point out that the film doesn’t quite have the razor-sharp wow factor of some other, recent films, I simply can’t bring myself to knock down the video score for that (quite understandable and time-indicative) shortcoming.  Considering what Spielberg has managed to bring to the Blu-ray table with releases like Close Encounters and Raiders of the Lost Ark, I had my expectations set rather high for E.T., and I’m happy to report that they were not only met, but exceeded in almost every area.  Those who’ve owned the film on VHS, laserdisc, and DVD will be absolutely blown away by the leap in quality on display here.  This is a fantastic and wholly filmic visual experience from start to finish.

The other upgrade is the addition of a new DTS X track. Spielberg was an early “investor” in DTS and his films, namely Jurassic Park, really made the format known – especially on the home video front. That being said, I couldn’t tell a lot of difference between this and the included DTS HD Master Audio track (found on the Blu-ray). Oh sure, maybe the keys jingling made a bit more sound and some of the ambient effects sounded better, but it also could have been a placebo effect.  Dialogue is always clear and intelligible, surround channels almost constantly engaged, if only to add some subtle ambience.  The results are surprisingly immersive and satisfying, especially for a film of this vintage.  The purist in me does bemoan the lack of the film’s original sound mix as a listening option, but to be honest, as good as the new lossless mix is, I doubt if I’d ever listen to the film any other way.  As for the biggest beneficiary of the new audio, I have never – in all the times I’ve watched E.T. – ever heard John Williams’s magnificent score sound this, well, magnificent.  It’s full and lush and fills the room with such a gorgeous, full-bodied transparency that it’s a perfect, effortless companion to the upgraded visuals on the disc.  I’ve watched E.T. many times over the years, but this was, hands down, the best aural experience I’ve ever had with the film.  When the score is raised to such a level of clarity that the end of a film causes your eyes to well up all over again as if you were seeing it for the first time, well…folks, that’s what a great Blu-ray should be all about.

The only reason to upgrade on the 35th anniversary edition was the 4K image. All of the supplements were the same. With this 40th anniversary edition, we do get a couple of new features. The question you have to ask yourself is – is it worth buying the same disc that’s been out for 5 years just to get a retrospective featurette and an “evening with Steven Spielberg?”

There’s little to be said about this film that hasn’t been said in the past 40 years. I personally feel it was robbed of Best Picture (no offense Gandhi) and this is one of those films that, over time, has even gotten better with age. A generation grew up with it and more will as well. Universal’s 4K offering ups the ante with improved picture and sound (albeit not by much), though it’s essentially the same disc (with different cover art) and two new features. Worth it? 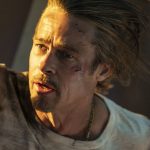 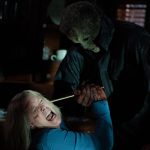