When it comes to Elvis Presley, what can be said that hasn’t already been said/told/done time and time again? From a personal standpoint, I’ve been a fair-weathered fan of “The King” liking only a few of his songs over the years. That said I’ve been to Graceland and at a former job, was the webmaster for Elivis.com (this was circa the early 2000’s). Would you believe that even back then, Elvis Presley Enterprises was raking in over $100 million dollars a year? If ever there was doubt as to the long-standing power of Elvis – that’s got to say something. And with the resurgence of rock biopics in recent years (Rocketman, Bohemian Rhapsody and we’ll even throw in Respect) it was only a matter of time before we got one about Elvis. Who better to direct this than Baz Luhrmann? The eccentric director made a name for himself with films like Romeo + Juliet and, of course, Moulin Rouge. His last outing was with 2013’s The Great Gatsby. Was he ready to take on the King of Rock N’ Roll? Let’s find out.

We see the world of Elvis Presley (Austin Butler) through the eyes of Col. Tom Parker (Tom Hanks). He’s looking for an act that’ll set him for life. He hears about Elvis, a young singer whose musical style was influenced by R&B and gospel. Parker, who witnesses a crowd of young girls lose their minds at a concert, sets out to become Elvis’ manager and thus allowing Elvis to provide for his parents. The rest of the film is, well, things we already know. There’s the controversy of his “hip thrusting” on stage and cleaning up his act for television. And, later on, we meet Priscilla (Olivia DeJonge) and fathering his daughter, Lisa Marie. His movies, the drugs, the weight gain and his final years in Las Vegas. There weren’t a lot of creative liberties taken here, and that’s either the film’s strongest asset or its weakest link.

Generally speaking, Elvis fans fall into two camps: those that prefer his younger, “Jailhouse Rock” days and those that appreciate the porkchop sideburns and eccentricities of his Las Vegas lifestyle. I suppose if I had to choose a side, it’d be his younger years. There’s nothing really wrong with this film, Austin Butler’s performance is what award shows look for and Tom Hanks, who I felt was a bit miscast, delivers yet another fine performance. Baz Luhrmann’s visual style is on full display with this one and it works – most likely why they tapped him to direct. This didn’t make a new fan of me, I just don’t think I could devote any amount of time to a man who died of a drug overdose sitting on a toilet – but to each their own. The film is entertaining and, at the end of the day, that’s what it’s all about.

Anyone familiar with the visual style of Baz Luhrmann will know what to expect with Elvis. There are broad, sweeping shots that make you think “how did the camera get there?”, but it works. The 2.39:1 HEVC 4K image is certainly nothing to balk at with copious amounts of detail showcasing every bead of sweat on the King’s face. HDR comes in handy as well giving us a bit deeper color depth which really shines in the Las Vegas segment. This looks as good as you think it would.

Thankfully Warner gave us matching Dolby Atmos mixes on both the Blu-ray and the 4K disc, so either way you go the audio will immerse and surround you. And movies like this are simply made for a Dolby Atmos track. Vocals (sung and spoken) are spot on, rock solid in every single way. What really impressed me were the front/height effects. I know it sounds a bit cliché, but there were a few times when I actually felt like I was in the audience. That’s pretty amazing. The front stage shoulders most of the burden of the track, but not to sell the rest of the track short – the surrounds do more than their fare share.

Movies like Bohemian Rhapsody and Rocketman most likely served as influencess for this one. And it would make sense that Baz Luhrmann would be a good fit for a project like this. I feel this is a film that’s good, but elevated by the performance of Austin Butler. Warner’s 4K disc look, as expected, amazing with a robust Dolby Atmos mix to boot. 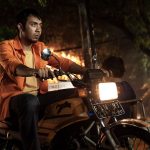 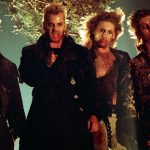