Long-time readers of this site might know of my feeling on re-makes. I feel it’s somewhat of a cop out, taking pre-existing material and merely updating it for a new release. But I will say that with a film like Godzilla, I’m all in favor of it. The story won’t really ever change, but I’m all about better visuals, effects and superior sound.  When you’ve got a 300 foot monster that does nothing but stomp, smashes and kills (and can belt out a stream of radioactive fire from its mouth) – well bring it on!  Back in 1998 we were treated to an updated version of this epic saga and though it delivered, I found that it was hard to take Matthew Broderick as an action hero. Then again, the human component of a Godzilla movie certainly takes a backseat to the beast at hand. So now, 17 years later, we’ve got a new version of the timeless film and stars Bryan Cranston, Ken Wantanabe and Aaron Taylor-Johnson are set to take on our large, reptilian nemesis. Director Gareth Edwards might not be a household name, but his previous film, Monsters, was a rather interesting watch and after seeing both the film and the supplements – I agree with the choice to put him behind the camera.

We start off in 1999 at the Janjira nuclear plant. Joe and Sandra Brody (Bryan Cranston and Juliette Binoche respectively), scientists, are unknowingly caught up in the destruction of the plant causing Joe to lose his wife. Flash forward 15 years and Joe is now somewhat of a recluse, but is still trying to piece together the conspiracy that caused the meltdown of the plant. His son, Ford (Aaron Taylor-Johnson), now a U.S. Naval officer, has to go to Japan to get Joe out of jail only to stumble on something much larger (in every sense of the word).  Ford, in tow with Joe, soon discover that some of the same events that took place in 1999 are starting to occur again and finding himself back where it all began, Joe fears the worst. This is the catalyst for the M.U.T.O. (Massive Unidentified Terrestrial Organism) as they awaken and make their way to the sea.  However the movie wouldn’t be complete without the “King of all Monsters” as Godzilla battles the M.U.T.O.s in Japan, Las Vegas and finally in San Francisco. We all know destruction will ensue, but who or what will escape?

While watching the film with my wife, she was a bit confused as to all the references to the EMP (Electro Magnetic Pulses) and their meaning. I’m not the most scientific person in the world, but seeing as how these were creatures of radiation, I took it with a grain of salt and just sat back and enjoyed the movie. I urged her to do the same. Look, Godzilla won’t win Best Picture – I doubt it’s crossed anyone’s mind. These films are all about entertainment and I was wholeheartedly entertained. That’s the point. After watching some of the supplements, the movie did make a bit more sense and I fear that others might get a bit lost in the details like my wife did. The human component of the film did a fine job with their roles, but again in a movie like this just let the visual effects and sound take you away. You want to see a 300 foot lizard demolish the Las Vegas strip or the Golden Gate Bridge? Well then…this is your movie. I felt that Edwards’ approach was the right one, giving us just the right mix of action, humor (yes, there’s a bit) and science to make a very complex plot be entertaining and enjoyable as well. This is superior to the 1998 in every way, shape and form so sit back and enjoy the show.

One of Warner’s marquee films of the year has hit, er…smashed, its way onto the 4K format. As such the bar has been set very high for the technical aspects of this film. Presented in a 2.40:1 HEVC 4K image, Godzilla delivers on every level. The use of practical and CGI effects throughout make this seem more realistic than other films of this nature. It’s like we’re observing the destruction through a peephole (if that makes sense, if not bear with me). The entire film seems to have a  darker tone to it. Flesh tones seem warm and natural, but the detail is where this film excels. The wrinkles on Bryan Cranston’s face, the intricacies in the background, the on-screen displays used throughout and even the “news footage” all have a very realistic quality that’s hard to ignore. The last act takes place at night and contrast and black levels aren’t compromised in the least.

I’d wager that when you’ve got a movie that focuses on the destruction of cities with 300 foot monsters battling it out in downtown San Francisco, you’d better have a kick ass audio component to compliment it. And, wouldn’t you know it, that just so happens to be the case here.  The new Dolby Atmos track is ample and robust from the opening scene to the end. Essentially every speaker’s range is used with great effect – be it the LFE’s as the buildings fall or the surrounds adding those little explosions and tweets in the background. There’s a lot of dialogue in the film, to boot, and the vocals take front and center here. Everything sounds amazing here: the H.A.L.O. jump, the fight between the M.U.T.O.s and Godzilla and everything in between. Simply put, this is an outrageous display of audio and it’s one of those that you turn it up to 11, sit back and enjoy every bit of it.

There is no new content to be found here. All of the supplements are found on the included Blu-ray. Though it lacks a commentary track and some deleted scenes, the featurettes included are actually very substantial and informative. Of note, though a 3D version does exist, it has not been included in this set.

Like Batman and Pride and Prejudice, there will always be a place for Godzilla films in Hollywood. Truthfully, this is one of the better adaptations of the classic tale and some top notch talent is involved. The 4K offering ups the ante with an even better picture and even more robust sound. No new extras have been included, but those that are make it worth of a purchase. 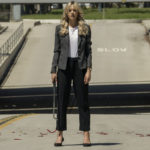 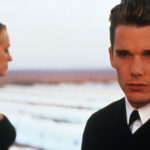