For many, John Carpenter’s 1978 Halloween is the de-facto “scary movie.” And with good reason. It set the standard for generations of horror movies to come. Who would have ever thought that a Captain Kirk mask painted white would become such an iconic staple of terror for years to come? Over the years the film has had sequels, reboots and even one that really never made sense to me (Halloween III: Season of the Witch). But Hollywood, in its infinite wisdom, has decided to take all of the films that came after the original (and the two reboots) and throw them away. Yep, you read that right. This 2018 version of Halloween is being billed as the one true sequel to the 1978 classic. I have to give them credit, it’s a bold move and one that’s certainly worthy of the attention it garnered. Jamie Lee Curtis once again reprises her role as Laurie Strode. And let’s not forget that she’s already triumphed over Michael Myers before, having beheaded him in Halloween H20 and he killed her in 2002’s Halloween: Resurrection. But remember, that doesn’t count.

Fans of the franchise won’t have their intellects challenged too much. The premise this time around is that Michael Myers (James Jude Courtney and Nick Castle billed collectively as “The Shape”) has been in a mental institution for the past four decades. However, as a result of her night (aka Halloween), Laurie (Jamie Lee Curtis) has dealt with her trauma become a survivalist, arming herself with weapons. She’s also fortified her house with booby traps for when or if she ever encounters Michael again. In spite of all this, she’s had a daughter (Judy Greer) and is now a grandmother to Allyson (Andi Matichak); perhaps Laurie’s successor in a future film? As fate would have it, Michael and some other inmates are being transferred to a new facility and, you guessed it, the bus crashes and he escapes. He makes a beeline towards Haddonfield in search of his victim. Laurie is ready and waiting.

As much as I appreciate the filmmakers wanting to be faithful to the original, it’s a bit of a head scratcher. The screenplay by Danny McBride (yes, that one), director David Gordon Green (Pineapple Express) and John Carpenter, is interesting; however I feel it asks too much of the viewer. I think we all take horror movies and movies in this particular sub-genre with a grain of salt. For all intents and purposes, Michael and Laurie should have both been dead in the first film. But if you can sell it once, you can certainly sell it again. No one knows this like John Carpenter. There are some not so subtle nods to the original and even the character played by Donald Pleasance, Dr. Loomis. Also an odd sub plot with two British reporters trying to get an exclusive with Michael. Also underused is Laurie’s family, complete with smart-ass husband (Toby Huss). On one hand I liked certain elements of this new sequel, but so much time (and so many sequels) have passed that I found myself scratching my head with this one.

Fittingly, this is now the second Halloween film in the 4K format. The first was given high praise by us, and with this one being new to the format, my hopes were high. From the opening credits, which were clearly an homage to the original, to the final scene, I was pretty impressed. The 2.39:1 digitally-shot image looked pretty darn good on my HDTV. And the film, as most will assume, makes its home in the dark. Detail is impressive, we get to see some of the scars and such on the mask, Jamie Lee Curtis’ ample wig and other, non-relevant things. The HDR gives this version a bit of an advantage over its Blu-ray counterpart (also included in the set), but either way you go it’ll look good. Strong contrast, black levels that make you wonder what’s hiding in the shadows and everything in between. It all looks good here.

The film sports a DTS X soundtrack that I feel was a bit underused. There’s a feature that explains about Carpenter’s original soundtrack and how it was used as a basis for the one here. And there are moments, albeit few and far between, that had me jump in my seat. But the film doesn’t rely on jump scares to captivate its audience. Vocals sparkle, rich and pure and crisp – just as they should be. There are a few moments that took me by surprise as well, like how amazing a motorcycle starting up can really sound. All in all, it’s on par with what we’d expect of a horror movie, but there are certainly better-sounding films out there.

Like many new films, there are a lot of bullet points, but they lack substance. The good thing is that all of the supplements can be found on the 4K disc.

If you count the Rob Zombie remakes of this franchise, this latest entry marks the eleventh film. That’s a lot. If they keep up this pace, Halloween will eventually overtake James Bond in total number of movies! I’m a fan of the remakes and this latest “official sequel” really left a few things to be desired. It worked. Sort of. I feel that there have been so many other films that it’s hard to just put those out of one’s mind. Still, for fans of the franchise (and there are tons out there), this does give fans more of what they want. 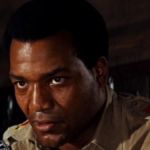 Dark of the Sun (Blu-ray)
Next Article 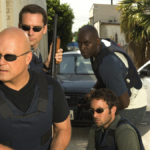