The last quarter of a century have now seen five Jurassic Park movies. Yes, they’re now called Jurassic World (or at least the last two have been), but the concept and premise are the same. If you go back and read some of my reviews, you’ll realize that Jurassic Park and Last Action Hero both opened on the same weekend in 1993. I chose to see the Arnold Schwarzenegger film (one of several bad decisions I’ve made in my life). I think we all know which film has withstood the test of time. It’d been nearly 15 years between Jurassic Park III and Jurassic World, but as Hollywood does these days, they just reboot a franchise. Hey, it worked. Chris Pratt, taking a break from his role of Star-Lord in Guardians of the Galaxy, once again returns with ginger Bryce Dallas Howard. Oh, and there are dinosaurs.

Three years have passed since the Jurassic World theme park was ruined and Isla Nublar abandoned. Granted, there are a few species of dinosaurs that were created for the park and they’re still running rampant. However, an unexpected team ends up on the island, extracting remains from some of the dead and alive dinosaurs. We meet (again) Claire Dearing Bryce Dallas Howard), the former Operations Manager of Jurassic Park and now an activist for dinosaur rights. She heads up the Dinosaur Protection Group after having seen the havoc that the prehistoric creatures wreaked. Isla Nublar’s volcano is now active and lawmakers are faced with “what do we do with the dinosaurs?” Do they save the endangered species or will the dinosaurs once again go the way of the dodo?

There’s a pretty big chunk of the plot that I left out intentionally as it, well, kind of ruins things. I won’t go into too much detail here as I want this to remain as spoiler-free as can be. I re-read my review of Jurassic World and instantly recalled that it was, for all intents and purposes, the same thing as Jurassic Park. Not that it mattered all that much as it was entertaining and Universal execs were no doubt counting all the money that the films continue to bring in. But there’s an element in this movie that’s just downright…eerie. When you’re watching a movie and you feel sorry for the CGI prehistoric creatures, something’s got to be wrong. That and half the movie has what we want and expect and the other half is, well, boring. This isn’t a total wash, it’s still a Jurassic film, but I’d either hit up the first or fourth one if you really want bang for your buck.

It should come as no surprise that Jurassic World: Fallen Kingdom looks as good as it does. The Ultra HD format gives the transfer a bit more color, depth and detail when compared to its Blu-ray counterpart. These are all good things when the film deals with dinosaurs. There are some scenes that are truly a spectacle and I can only imagine what they’d look like on a really large screen. Much like Kong: Skull Island, we get a visual array of every color in the spectrum. While the Blu-ray looks good, this is certainly the best-looking Jurassic film of the bunch.

Each and every Jurassic film has sported some sort of DTS track and with Fallen Kingdom, we’re treated to one of the more robust tracks I’ve heard in a while. This DTS X track fills the air with so much aura and atmosphere, I was happy the wife was with me when we were watching it. We’ll never know how much sound a dinosaur makes when it walks (or runs) through the jungle, but this mix makes it feel like we’re right there with them. LFE are heavily involved, the front and rear surrounds create a dizzying effect and the front channels help center the action. If ever there was a reference-quality soundtrack, it’s arrived.

If you’re a fan of Chris Pratt or want to once again see Bryce Dallas Howard’s heaving chest for two hours then this is your ticket. Admittedly, the film looks and sounds amazing, but there’s a definite element missing here. The disc has enough supplements to warrant a purchase and despite some of my comments, many did find it pretty entertaining. Just not me. 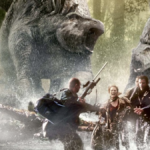 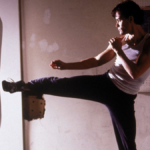