I became a fan of Joseph Gordon-Levitt a few years ago when I saw (500) Days of Summer, a nice little romantic comedy with he and Zooey Deschanel as the most modern of couples.  I’m also glad that director Christopher Nolan took notice as he’s put Gordon-Levitt in a few of his films, notably Inception and The Dark Knight Rises which as paved the way for this talented actor to be seen by more people.  Of course I remember him back in the 90’s from television’s Third Rock from the Sun as well.  Putting all that behind us, I’m also a fan of time travel movies.  I’m not alone, of course, and when done right (as this one was) they can be some of the most entertaining and intriguing films out there.  Done wrong and, well, we don’t have time for that.  So it was with baited breath that I headed out to the theater (only second film I’d seen in a theater in 2012, the other being The Hunger Games) to see Looper.  I wasn’t disappointed.

The premise for the film is pretty straight-forward: Joe (Joseph Gordon-Levitt) is a “Looper”, one of a group of killers that’s set in the year 2044.  He’s set to meet at a designated time and place to execute someone sent back from the future, 2074 to be exact, where he takes their life and his payment.  All “Loopers” must invariably kill their future selves, but when a friend of Joe’s allows one to get away, Joe becomes a target.  Now in 2044 both Joe’s are on the loose and the younger version has also heard of “The Rainmaker”, a criminal lord so powerful, he took over a city and became its crime lord in a matter of months.  Joe now not only has to worry about being killed by the powers that be (namely other “Loopers”) but he’s got to do it so that his own future isn’t compromised.  Sound confusing?  Really it’s not.

The pleasure of watching Looper is that it’s told with such precision, there’s really no need to try and find holes in the plot.  Simply, they don’t exist.  Dealing with time-travel, as I’ve said in the opening paragraph, can be interesting or a total train wreck depending on how you tell it.  Looper is no train wreck.  Supporting performances by Bruce Willis and Emily Blunt make for a taut, engaging film that manages to keep your interest for the entire two hour running time.  Joseph Gordon-Levitt’s performance is second to none and though Willis turns in another fine turn, it’s mainly just more of the same from him.  The real star of the show is young Pierce Gagnon who plays Sid.  I won’t give too much away, but suffice it to say that he turns in one stellar performance (and quite possibly one of the scariest in recent memory).  If you missed Looper in the theaters, don’t make the same mistake twice – it’ll cost ya.

Looper has been given a new 4K offering and this is certainly indicative of Sony’s 4K efforts. It looks very smart indeed sporting a 2.40:1 HEVC 4K transfer.  The film ranges from the city streets of the future caked in darkness to the azure sky and golden corn fields of Kansas, so to say this movie has a lot of range, visually-speaking, is an understatement indeed.  Detail really caught me and that says a lot, since I’m so used to seeing so many films that look so tremendously good.  The little things like the CGI in Joseph Gordon-Levitt’s face (digitally altered to make him look more like Bruce Willis), the texture on the skin and the ever so slight layer of gain over some of the exterior shots.  Viewers won’t be disappointed as Looper is a visual feast for the eyes.

Looper pretty much dominates the soundstage from opening to closing credits and the new Dolby Atmos mix turns it up a nothch.  You want gun shots?  You got ’em.  You want some ambient surround effects that will immerse you in the action?  Done.  Car chase?  Sure thing!  What I’m getting at is that this track covers the entire spectrum as to what the uncompressed soundtrack has to offer.  There are so many different examples of how dynamic this track is, I lost count.  Vocals are strong and clear as well, Bruce Willis’ gravely voice takes front and center and as Joseph Gordon-Levitt’s character narrates the action for us, we literally get lost in the audio.  Stunning and amazing.

The supplements included appear to be the exact ones from the film’s initial Blu-ray release. A bit disappointing, but what was included was fairly comprehensive.

I’ve seen Looper a few times since I saw it in theaters (this, by the way, was the last film that I saw in theaters – no telling if that’ll change in the future…pun fully intended) and always forget how much I enjoy it. Sony’s new 4K disc ups the ante with improved video and audio, but the same features – actually the same disc – is included in the set. That could be a good thing. Or not. 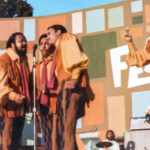 Summer of Soul (…Or, When the Revolution Could Not Be Televised) (Digital)
Next Article 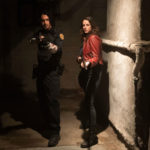