As I thought about that man’s legacy another leader came to mind that was his counterpart and his opposite in many ways. I realized that despite my best intentions I had not sat down to watch Spike Lee’s film Malcolm X, so my wife and I decided to sit down and watch it. Due to the length of the film it took us a couple nights, and after watching it I took a while to write this review, because I didn’t want to screw my review up.

Malcolm X is an epic film. Running over three hours, the film tackles the life and times of Civil Rights leader, Black Muslim, and political activist Malcolm X. Cast perfectly for the role, Denzel Washington plays him through three decades of his life. The film follows Malcolm Little (as he was known prior to converting to Islam) in swinging 1940s Boston. Known to many as Detroit Red, due to his red hair, Malcolm and his friend Shorty (Spike Lee) are small-time hoodlums. Malcolm had come up in a rough environment due to his father’s murder at the hands of the Ku-Klux Klan. This led to his mother being put in a sanitarium, a split family, and life in a foster home. Despite his intelligence he was constantly taught that he could not amount to anything. As an adult in Boston, Malcolm and Shorty get involved with some mobsters and start dating some white women. When a burglary goes wrong, the judge throws the book at them (partially due to their “corruption” of the white women.) Sentenced to prison for an eight-year stretch, Malcolm finds a father figure in a man named Baines (Albert Hall) that teaches Malcolm how to curb his addictions to alcohol, drugs, and adultery. He turns Malcolm’s attention toward praising Allah and heeding the words of Elijah Muhammad, the leader of the Black Muslim movement. Malcolm reads the entirety of the Miriam Webster Dictionary and devotes himself entirely to the propagation of the Black Muslim movement and belief in Allah. As he rises in the ranks through his eloquent and explosive speeches, he begins to outshine the man he admired most. As he begins to doubt in Elijah Mohammed and dig deeper into his faith in Allah, the followers of the Black Muslim movement begin to turn against him.

I remember that we read Malcolm X’s autobiography in junior high school or freshman year of high school. I remember that I enjoyed the book but the years had passed and my memory had grown hazy. I do know that growing up the picture of Malcolm X that loomed above our heads in Mrs. Walker’s class of Malcolm touching the finger to his temple, daring us to think, had an impact on me as a youth. As an adult, watching the film for the first time (my school was a small private school that did not show films that they deemed controversial to the students,) I felt very conflicted about my feelings towards Malcolm X. On one hand, I thought highly of his ability to speak about the evils that were perpetrated against his people. He had been given every reason to hate and distrust white men. On the other hand, he spent so much of his life working hard to divide the races. By the time Malcolm X had changed his opinions toward racial harmony based upon his trip to Mecca, it was just a small part of his life. I feel that at the time that Malcolm X was alive he was needed to help to shake things up and change the racial dynamics in the country. As I watched the film, I felt like his fiery rhetoric would be so harmful to the country now.

This film is meant to make the audience ask these questions that I felt myself asking. The film very intentionally begins with footage of the Rodney King beating along with a flag burning to reveal a smoldering X. This immediately lets the viewer know that this is not a film that is just about a civil rights leader who died in the Sixties, but about a lack of civil justice that plagues our country still. As a viewer, I could not help but think of the recent spate of killings of African American males in our country, and as much as I hope that we live in a world that is far removed from the injustices of the past, there is obviously still room to grow. This film is not an easy film to watch and is relentlessly provocative from the first frames. Malcolm X was a genius but also propagated an agenda that was decidedly against working together. I was relieved to see that by the end of his life his eyes had been opened to the idea of the races working together to cure the world of racism.

The film captures a firebrand performance by Denzel Washington in what is arguably his career best. Denzel is Malcolm in the film. You will not be able to take your eyes off him as he nails every mannerism. I really have no idea how he lost the Oscar that year. The film is also very well-written with an epic attention to detail that goes through numerous decades with ease. Each time period is recreated very well. Spike Lee is a director that people love or hate. I personally like his films for the most part, despite the fact that he is not above excess. The first third of the film suffers a little from his stylistic choices, but the last two thirds of the film are pitch-perfect.

At the end of the day, the questions posed by the film are good questions. I think that Spike Lee delivered a film that actually lives up to the larger than life and tragic figure that was Malcolm X. If you have not seen the film, I highly recommend it. If your kids are old enough to study the man, you should show it to them.

For those that need a bit of encouragement, Criterion has taken the good-looking transfer that Warner put out a few years ago and has improved upon it. The image looks natural and good, retaining most of the grain. This is an interesting transfer because the first third of the film is shot in a way that is supposed t make the film have a nostalgic look. That look is achieved with the use of soft-focus (like in Altman’s The Long Goodbye) so the first third of the film is not going to blow away most people visually. In the last two thirds of the film, it is a different story. It is crisp and beautiful and looks fantastic. As with most other films that are “new” to 4K, this is simply the best-looking edition out there. Of note, the aspect ratio is now in its intended 1.85:1 framing, giving us a bit more than Warner’s 1.78:1 on their Blu-ray.

We get the same DTS-HD Master Audio 5.1 track found on Warner’s Blu-ray. With an excellent soundtrack that relies heavily on jazz and popular artists from the Forties through the Sixties, the film keeps the music coming. The stirring score by Terence Blanchard helps to give the film the music it needs to make its points. This is a very competent track with good clarity and immersion.

Malcolm X is a biopic made on an epic scale. The film is very rewarding and also very challenging. Denzel gives what I believe is his very best performance and could not be any better in the role. The Warner Blu-ray from 2018 provides the basis for this Criterion disc, but throw in a trio of new supplements (along with the ones that appeared on that disc) and a 4K transfer – you’ve got yourself a winner. 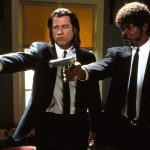 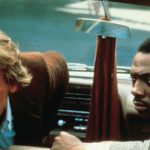