Ah yes…Animal House! This was, of course, back in the day that the preface “National Lampoon’s…” actually meant you could expect some sort of a quality movie. Unlike today. For every “Annie Hall”, “Star Wars” or “The Deer Hunter” that they had back in the late 70’s, there was a movie that was drastically their opposite. This sounds a bit odd, though, as Animal House was actually a critical and financial success. But it wasn’t meant to be that way, it just worked out. You might say it was the “My Big Fat Greek Wedding” of its day. The unquestioned star of the movie was John Belushi, who tragically died of a drug overdose just a few years after the film. Belushi was a success on the then early days of Saturday Night Live and he was one of the first members of the cast who made the successful leap from television cast member to bona fide movie star. Still, though, to say that “Animal House” worked just because of John Belushi is just silly, as the supporting cast played just as much of a role in its success as the title charter of “Bluto”. So what did John Landis (who helmed a variety of movies including An American Werewolf in London, Trading Places and Kentucky Fried Movie) do that was so right?

There isn’t really much of a plot when it comes to “Animal House”. Fraternities have been stereotyped with this label ever since it came out (and countless others have been claiming that they were the original Animal House before it came out). The tagline for Caddyshack” says it all “The Snobs versus the Slobs”! But the story does follow two Freshmen, Larry Kroger (Tom Hulce, who would gain more notoriety in “Amadeus” years later) and Kent Dorfman (Stephen Flounder) as they decide on which fraternity is right for them. Having looked at the best and the rest, they finally end up at the Delta House (Delta Tau Chi) where they see that life is different and this is something that they like. The men of the Delta house may not have money, looks or a good name on campus, but they know how to party. And isn’t that what college is all about, my friends? The movie follows them (now named “Pinto” and “Flounder” along with the rest of their pledge brothers) through their term as maggots as they play pranks on the other fraternities and try to avoid being expelled after their house is placed on “Double Secret Probation.” Together with Bluto (John Belushi), Otter (Tim Matheson), Boon (Peter Riegert); they battle the men of the Omega house (with a young Kevin Bacon as a pledge) for the right to stay on campus.

Animal House is simply a movie that will never be duplicated. Though many have tried (to varying degrees of success), most all of them have failed. For all the success that Revenge of the Nerds had, it’s still off by a long shot compared to this movie. The characters are unforgettable, even the ones with little or no speaking parts; and every fraternity man in the country (including me) has either been forced to or has tried to imitate a character from the film in one way or another. It has all of the politically incorrect scenes that we wouldn’t expect to see today, teenage drunkenness, date rape (though in a very funny light), drug use, and cheating in college to name but a few (oh, and they kill a horse in the dean’s office…you know, the usual). We root for the men of Delta Tau Chi because they represent us, whether we know it or not, even the “Omegas” of the world will find something to relate to in “Animal House”. The movie also coined the phrase “Food Fight” and probably inspired so many toga parties that the producers wish they had a copyright on the term. I take a quote from my original review of the movie when I say ” … no collection is complete without it.”

I can remember an interview (most likely on the DVD or Blu-ray) with Landis when he was commenting on the transfer for the Blu-ray and he called it “too good.” And that it had to be scaled back a bit to give it some of that “vintage” look to it. Well, that’s a thing of the past. Universal’s new 4K image is nothing short of perfection and it shows, in every scene. The 1.85:1 HEVC 4K image gives many scenes higher highs and lower lows, with black levels looking more stable and solid, colors seem to pop a bit more and detail has been improved. Coming from someone who’s seen this film on just about every format known to man, this is – far and away – the best the movie has ever looked.

We get a new DTS: X track, but in all honesty it really doesn’t add a lot to the movie. The film has essentially sounded the same since the day so VHS and we’re talking about Animal House, folks. Now that’s not to say that it’s bad, because it’s not. Vocals sound a bit on the harsh side, though not so abrupt that it’s distracting. Surrounds are virtually non-existent and though we do have a good sampling of 60’s music, it’s more diffused through the front channels than anything else. It serves its purpose, but if you’re watching this for the DTS: X track then you’re watching the wrong movie for the wrong reason.

This two disc set, unfortunately, doesn’t have any new extras. The second (Blu-ray) disc is the same one that was the sole component of the previously-released set.

Disc Two (Blu-ray)
Everything listed above, plus…

They don’t make them like this anymore and, unfortunately, they probably never will again. In today’s ultra politically-correct society, films like these are relegated to the 70’s and 80’s.  But for everyone who’s been to college or, more to the point, been in a fraternity – this one’s for you. Every college has an “Animal House” and this is just one of those films that will never get old. Universal’s new 4K image is spot on perfect. A must for any movie fan. 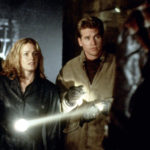 The Saint (Blu-ray)
Next Article 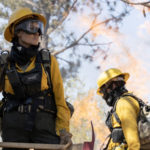