I can’t help but think had that movie not come out last year, this might have been a more fitting title. But, that’s of little consequence as we’ve got Nope, which sums things up nicely. This represents the third “horror” film (and I use those quotes intentionally) from actor/writer/director Jordan Peele. It amazes me how someone who made a name for himself on sketch comedy (Key & Peele) has made an even more impressive name for himself as the director of, uh…, unique horror films. It’s an untapped niche, to be sure. I’ll go on the assumption that anyone reading this has seen or at least heard of Peele’s two prior films: Get Out and Us. I personally felt that Get Out was a bit overrated and Us just didn’t click with me. So when popping in the disc with this one, I had high hopes but wasn’t really sure what to expect (a logical conclusion given the aforementioned two films).

The opening scene reeled me in. Without giving too much away, I’ll say that an incident on a family-oriented sit com went incredibly wrong. Flashing forward we meet OJ Haywood (Daniel Kaluuya) and his sister, Emerald (Kiki Palmer). They’re horse trainers who provide animals for various Hollywood productions. He’s about as chill as they come, she can’t seem to stop talking. Their family business has been on the decline since the death of their father (Keith David) through a freak accident. This has left things a bit desperate around their California ranch. OJ notices something suspicious flying around in the sky. He informs Emerald who believes if they can catch it on film, it might merit them some financial gain. The duo seek the assistance from an employee of an electronics store (Brandon Perea) and an aloof cinematographer (Michael Wincott). There’s also a former child actor, Ricky “Jupe” Park (Steven Yuen) who runs a local theme park. His story is closely related to the opening sequence. The stage is set, but as we all know – the best laid plans…

I will say that this is my favorite of Jordan Peele’s films. It, for me, was the most intriguing and managed to keep my attention where the previous two didn’t. I liked the setup, the plot and I couldn’t get the imagery of the opening sequence out of my head for days. If a film can do that, to me (someone who’s seen countless thousands of films) then I’d say it’s pretty special. And I will say that the less you know about the film, the better. Peele has assembled a varied, yet competent cast for this outing and there’s really not a bad performance in the mix. There’s a deeper message in the film as well, mainly dealing with family and its ties but also somewhat of a tribute to African-American cinema and some of the influences that are felt today. I had no idea that the famous Horse in Motion was so significant (the included feature on the disc is a must watch). Odds are that if you’re a fan of Peele’s films then this one is a no-brainer. But if you’re curious, this is as good as any to get your feet wet.

I wouldn’t put this in the western genre, by any means but I will say that a majority of the film takes place on an isolated California ranch, so some of the same caveats apply. And we’ve also got another film with varying aspect ratios (2.20:1/1.78:1) which are so subtle that it took me a minute or two to realize that the black bars were there (and gone). Technical jargon aside, I was pretty pleased with the way this looked. The color palette is pretty muted, we get lots of earthy tones and some key sequences shot at night (that have a more “midnight” hue to them). It’s an odd-looking palette for sure, but it does work here. Detail is tack sharp and the HDR do add some considerable upgrades over the Blu-ray counterpart.

The included Dolby Atmos soundtrack takes full command from the opening scene to the closing credits. Truly, this one has its moments and shows how much of a part that a good audio track can play in a film. Vocals are, by and large, pretty sharp and spot on. I’ve found that Daniel Kaluuya tends to mumble his lines, but given his character – it does seem to be consistent. The surrounds play a big part in this as well, bringing the viewer into the center of the action (hey, that’s the point right?) which creates a perfect atmosphere. The front stage gets a workout as well and not to be outdone, the LFE have a few key moments as well. By and large, it’s what we’ve come to expect from a film like this and it delivers on many levels.

When you think extra-terrestrial, our minds wander to E.T. This is no E.T. What it is, though, is entertaining. Who’d have thought that something so innocuous as trying to film a cloud could keep you on the edge of your seat? Universal’s disc, as expected, delivers the good with a great-looking and sounding disc that has enough extras to warrant a purchase. 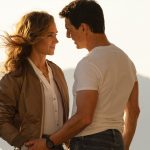 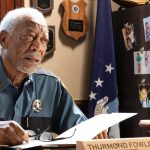