I am what is technically referred to as a Xennial. This means that I was on the cusp of both Generation X and the Millennial generation a few years younger than me. I am old enough to remember the days before the internet and young enough to have been an early adopter. I remember in middle school that I was just two years older than all the kids who played Pokémon on their Game Boys during recess. I missed this craze completely, because at my school those were the kids that got beaten up. Mercilessly. I had no desire to stick my neck out for that one. Now, I’m 34 years old and miraculously Pokémon is still around. Who knew back then that Pokémon would have more staying power than a Tomagatchi or POGS?

As a parent of two boys Pokémon is an inescapable part of parenting. My wife and I have spent hundreds of dollars to feed the maniacal addiction of our sons. Any parent in the U.S. knows what it’s like to be in a grocery store and have their child, tears welling up in their eyes, ask for another pack of Pokémon cards.

The Pokémon Company, who owns the rights to Pokémon, has finally decided to give the video game and cards franchise a live action film. Will the results be super? Or will they be like Super Mario Bros: The Movie? We’ll find out if Nintendo (33% owner) learned any lessons from that monstrosity.

The film begins with Mewtwo breaking out of captivity in an isolated research facility. A car speeds away from the facility but Mewtwo launches an attacks. The car flies off the road. In a small town, Tim Goodman (Justice Smith) lives an unfulfilling life as an insurance appraiser. His friend tries unsuccessfully to help him capture a Pokémon, because Tim deserves a partner. After this does not go well, Tim is given some bad news. His father, Detective Martin Goodman, has been reported as being killed in the crash. Tim will need to go to Ryme City to collect his things and get some closure. Ryme City is a city that exists to have Pokémon and humans in perfect harmony – no battles, no poke balls. The city was the dream child of Clifford Industries run by father and son duo, Howard and Roger Clifford (Bill Nighy and Chris Geere.) Arriving in the city, Tim makes his way to his father’s office and talks with his partner Lieutenant Hyde Yoshida (Ken Watanabe.) Yoshida believes that Martin did not die because no body was presented after the crash. Tim is not interested in investigating and asks for the keys to his father’s apartment. Outside the apartment, Tim meets Lucy Stevens (Kathryn Newton,) a CNM blogger, and her Cyduck. She is interested in the work that Martin was doing before the car crash. Inside the apartment, Tim stumbles upon a purple vial. Out of curiosity he opens the vial and accidentally releases a purple gas. He also stumbles upon Harry’s Pokémon partner – Detective Pikachu (Ryan Reynolds.) Tim and Pikachu discover that they can communicate clearly whereas everyone else can only hear him say “Pika.” Pikachu has amnesia but is determined to figure out what happened to Martin. Tim and Pikachu begin to investigate together using Tim’s ability to communicate with humans and Pikachu’s ability to communicate with Pokémon.

I had no idea what to expect from Pokémon: Detective Pikachu and I will be honest when I say that I really enjoyed it. Kids movies are not always very enjoyable for both kids and adults. Ryan Reynolds voicing the Pikachu changes the game. My oldest son and I were laughing together throughout the entire film. I was glad that the universe the film presented was very clever in its use of the Pokémon characters in the film and the way everything is blended is reminiscent of the fun I had watching the Disney film Zootopia. Each time a new Pokémon came on screen I was eager to see what they did, whereas my son was able to name each character, their strength levels, and what their power was. The writing of the film is not totally perfect but for a family movie I thought it was pretty well done with only the occasional dull note.

The acting in the film is pretty solid. I can’t imagine how difficult it would be to act against tennis balls or whatever they used in place of the Pikachu, but Justice Smith holds his own. Bill Nighy is fun to watch on screen and brings a good amount of charm to his role. Ken Watanabe is always a welcome presence but he is mostly wasted here. Kathryn Newton does her role justice but her screen presence is still a work in progress. Ryan Reynolds is the star attraction and his voiceover is immaculate. Really enjoyable. The direction by Rob Letterman is also noteworthy. With excellent set and art design, the team put together for this film really made the world come to life. It is a world that kids will surely want to revisit.

Looking at reviews, I was curious as to why it did not score higher on critics’ rankings. It may not be Shakespeare but I know a good kids movie when I see it. My son loved it almost as much as he loves Fortnite. Almost.

The film, which was actually shot on film and not digitally, clearly has a noir-influenced motif. And that’s fine. When compared with its Blu-ray counterpart, there’s not a whole lot of difference between the two. I noticed the colors being a bit more bold, the blacks a bit more rich but apart from that, they’re nearly identical. Still, the 2.39:1 HEVC 4K image doesn’t have a lot of faults no matter which version you choose to watch. The bright yellow of Pikachu contrasts nicely with the somewhat subdued set as do all the other “characters” in the film. It’s a nice-looking visual experience that’s sure to please.

Both the Blu-ray and the 4K discs contain the same Dolby Atmos soundtrack, so nothing is lost if you select the Blu-ray. And this track delivers the goods with its surprisingly active mix. I noticed a plethora of atmospheric effects which really heightened the scenes. Reynolds’ voice, calm and pleasing, stands out as do the other vocal talents. It’s a nice mix that’s not too front-heavy and delivers a nice, well-balanced presentation.

Pokémon: Detective Pikachu is way better than it has any right to be. I had no idea what to expect and I am in no way, shape, or form a Pokémon fan. This movie was very fun from start to finish and easily ranks as one of the best video game movies ever made. With great artistic direction, solid acting, a good pace, and a great Ryan Reynolds voiceover, this is one family film that should please everybody who sees it. I was pleasantly surprised. 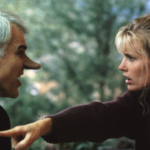 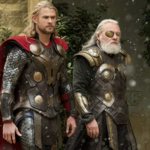