It’s been said that there are no original story lines since Shakespeare did them all.  That’s been quite some time.  Still, authors, screenwriters and filmmakers alike have managed to eek out a pretty good living even taking this into account.  As per usual – what am I getting at?  Well, what happens when you combine Ghostbusters with Men in Black?  In essence you end up with R.I.P.D.  And as much as some want to poke fun at this concept, I rather enjoyed it.  That and I like Ryan Reynolds, Jeff Bridges, Kevin Bacon and what little I saw of Marisa Miller’s body.  Yes folks, I’m truly that shallow.  I might also throw in the fact that I love movies about things that are out in plain sight. Again, much like Men in Black, this assumes that aliens (the dead) are among us, but hardly anyone out there is savvy enough to actually put two and two together.  C’mon, it’s a big budget Summer blockbuster – let us check it out.

Nick (Ryan Reynolds) is having a bad day.  He’s buried a stash of gold that was illegally taken from a drug deal and has come to the conclusion that he needs to do the right thing.  The thing is his partner, Hayes (Kevin Bacon) has no such intention and, well, kills Nick. Now the story doesn’t end here, in fact it’s where it begins.  Regardless of your personal feelings about the afterlife, Nick ascends to a sort of purgatory. Yes, ascends. You see Nick’s skills are in demand and the R.I.P.D. (Rest in Peace Department) needs his help.  Why, you ask?  To help track down the Earthbound souls that refuse to cross over to the “other side.” He’s partnered with Roycephus Pulsipher (say that five times fast) (Jeff Bridges), straight out of the Old West and the game is on.  Of course they stumble onto a few things that point right to what led Nick to the pearly gates to begin with, but will they be able to stop things before dead walk the Earth (again)?

Like most bad movies, if you take them with a grain of salt they’re really not that bad.  As I mentioned, the casting is pretty good but even the best actors can only do so much with the scripts they’re given.  I’m also digging Kevin Bacon as he takes on more roles as the villain, he did a great job as Sebastian Shaw in X-Men: First Class a few years back.  Jeff Bridges is still riding high off his Oscar win a few years back and though he seems to be more and more difficult to understand, I still consider him a pleasure to watch.  And then we’ve got Ryan Reynolds, the “sexiest man alive” and like Tom Cruise before him, has equal appeal to both women and men.  I personally think his best role was in Blade: Trinity, but that’s just me (albeit a better movie).  Love it or hate it, R.I.P.D. is now on Blu-ray and if you’ve not seen Men in Black and/of Ghostbusters you just might like it.

The real draw of this “upgrade” is the improved 2.35:1 HEVC 4K image. It’s so crystal clear that there’s really nothing to complain about. Detail is magnificent, we see everything from the pores in Ryan Reynolds’ face to the detail in buildings in the distance.  Color and contrast work very well off one another as well.  From what little we see of Marisa Miller, I liked what I saw.  About the only fault isn’t really a product of the transfer, but some of the CGI seems to need a bit of work.  It’s like you can tell when the effects go from CGI to “normal.”  Nevertheless, no matter your opinions on the film itself this transfer is superb. The additional resolution and HDR of the 4K image does elevate it over the previously-released Blu-ray.

Again, as we might expect, R.I.P.D. sounds simply phenomenal in the included DTS:X soundtrack.  As we might expect with an action/science-fiction film, there are plenty of instances to keep all of your speakers occupied for the duration of the movie.  Surrounds spit out sound that adds a bit of emphasis to some of the “battle” scenes and the front stage handles the burden of the sound, though the LFE come into play on more than one occasion.  I remarked about how difficult it is to understand Jeff Bridges’ accent as of late, I’m not sure if he’s really channeling his inner “Old West” or he’s just developing some speech impediment.  He hasn’t sounded like that in the past.  Still, the range and overall impact of this uncompressed soundtrack is sure to please.

If you are going to take the plunge and get R.I.P.D. on disc, I’d suggest the Blu-ray since the video/audio are better, but you get more bang for your buck in regard to supplements.  Hers’s what to expect in that department.

This movie, as of this writing, isn’t even a decade old and it’s one that I’d already forgotten about. It’s not bad, per se, but just a bit…forgettable. This upgrade is on the technical level with improved picture quality and a new DTS:X sound mix. If those are important to you, then this is for you. If not, you can likely find the Blu-ray in a bargain bin somewhere for a few bucks. 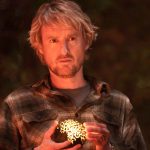 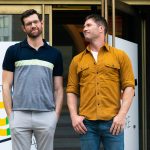