The 70’s must have been pretty amazing. Or at least from what I’ve seen on television and movies. I was alive for most of them, but children don’t really “experience” a decade in the same ways that adults do. Switching gears, I do have to say that I’ve always been a passing fan of Elton John. Yes, I have some favorites of his (“I’m Still Standin” probably ranks at the top of my list), but admittedly there are other artists that I dig a bit more. That’s not to take anything away from him, not by any means. And if Rocketman is any indication of the true musical talent that is Elton John; well let’s just say that he must have been touched by God in the musical talent department. Director Dexter Fletcher, who gave us a homogenized version of Queen’s rise (Bohemian Rhapsody) – he was the Assistant Director who took over after Bryan Singer left the project – is at it again. And is Taron Egerton the living embodiment of Sir Elton John? I think he just might be.

We meet a young Elton John (his real name is Reggie Dwight) as a young piano prodigy. He comes from a nice, but rather sterile and unloving family. His mother (Bryce Dallas Howard) and father (Steven Mackintosh) aren’t abusive, but not supportive. We follow Elton through his youth until the “adult” takes over (Taron Egerton) and he meets lyricist. Bernie Taupin (Jamie Bell). The two are amazing together. Elton enters into an abusive relationship with his manager, John (Richard Madden) but due to his newfound success in America, things continue their downward spiral. Elton’s unloving home life serves as a catalyst for his over the top stage persona that the world would come to love. We see his abuse of drugs and alcohol through the 70’s and 80’s all the while being one of the biggest stars in the world.

What holds the film together is the performance of Taron Egerton. He’s amazing. And yes, unlike Rami Malek in Bohemian Rhapsody, Egerton actually sang all of Elton’s songs. And he’s good. Really good. He manages to balance the stage personality that we all know and love, but balance it with the wounded soul that was Elton John. The supporting cast is fine as well with good turns from Jamie Bell (yes, Billy Elliott…all grown up) and Richard Madden. The film’s R rating serves as a reminder for one of Elton John’s greatest quotes: “I didn’t live a PG life.” And he didn’t. If Bohemian Rhapsody merited Rami Malek an Oscar for Best Actor, I’d have to imagine that the same honor would (and should) be bestowed on Mr. Egerton.

When you can count the individual diamonds around the lenses on Elton John’s glasses, I’d say it’s a good indication of a nice-looking picture. And it is. From start to finish. Paramount’s 4K offering of Rocketman is nothing short of amazing. The 2.39:1 HEVC 4K image gives us plenty of wide shots that showcase some of the costumes that made John such a flamboyant performer. Colors are deep, rich and all over the map. The HDR gives us a richer color palette which, once again, make some of the costumes really stand out. This is a beautifully-shot film that’s simply made to be viewed in 4K.

Don’t worry. If you didn’t get the 4K, the Blu-ray has the same Dolby Atmos mix. It’s simply stunning. Generally speaking, movies that revolve around music (and this one clearly does) tend to bring out the best in your home theater system. And this one checks all the boxes. Vocals are pure and crisp, but it’s the music – OH THE MUSIC, that sounds so sublime. I’ve never been to an Elton John concert, but I think the next best thing is watching this movie with the volume up a bit louder than usual. Your toes will tap. You’ll love it. If ever there was a need and/or reason to experience the Dolby Atmos experience, this is it. What an splendid example of sound!

Elton John is a performer and I’d wager that most everyone reading this knows at least one of his songs. While Rocketman may not be a literal biopic of his life, it comes close. The performance of Taron Egerton really makes the film what it is and it’s one that I’ll most likely watch again…and again. Paramount’s disc delivers an amazing picture, stunning Dolby Atmos sound and there are enough supplements to warrant a purchase. 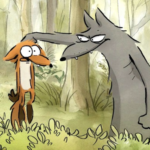 The Big Bad Fox and Other Tales (Blu-ray)
Next Article 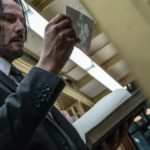