With each passing year, I’m convinced that Wes Craven’s original Scream is one of those films that continues to get better with age. What made it work was that it, in a not so subtle manner, managed to poke fun at a genre that the director himself helped create. Couple that with a new, unexpected twist and, well, you’ve got yourself a franchise. But things in Hollywood have changed over the last quarter of a century and what was original at the time has now devolved into endless sequels, reboots and remakes. Cleverly enough, this issue is tackled in the new Scream and with films like the 2018 Halloween, Ghostbusters: Afterlife and Jurassic World all fitting the bill – we get a first hand definition of a “re-quel.” The benefit of which is that we’re familiar with the story, some legacy characters but it’s done in a way so that the film isn’t entirely new, but we have enough to go off of that the audience won’t have to experience anything totally new (wouldn’t that be a drag?). It’s been a decade since Scream 4, so we head back once again to Woodsboro to see what’s new.

Sam Carpenter (Melissa Barrera) is being targeted by Ghostface. She’s got a connection to someone from the original, but we’ll keep that tidbit of information secret. Her sister, Tara (Jenna Ortega) is attacked first and Sam’s boyfriend, Richie (Jack Quaid), manage to track down an authority on Ghostface – Dewey Riley (David Arquette). He advises them that the killer will follow a strict set of movie-related rules and that the guilty party will most likely be in her circle of friends. As murders start to happen, we see a couple of other familiar faces with Gale Weathers (Courtney Cox) and Sidney Prescott (Neve Campbell). So with three characters who have managed to survive four movies, they try to suss out the motives for this new rash of murders. But as is the question with other installments – who’s the killer?

This Scream does pay homage to the original in more ways than one. There’s an amusing scene of art imitating life (imitating art?) where a character is watching Stab that re-enacts Randy’s encounter with Ghostface from the original. It’s clever. And, truthfully, so too is the film. With Wes Craven’s death in 2015 it’d take a pretty talented director (or in this case, directors) to take the reins. As it so happens, those two are Matt Bettinelli-Olpin and Tyler Gillett who directed a recent favorite of mine, Ready or Not. Scream manages to mix in just the right amount of nostalgia, but give this one a feeling of its own. There’s a character from the original who we see a few times (I’ll leave the character’s name out of this review) which was “neat” the first time, but it was overused and kind of became creepy. Still, it didn’t deter from what was my second favorite installment of the franchise…so far.

To the best of my recollection, all of the Scream movies have featured some nicely lit outdoor scenes juxtaposed with some very dark, nighttime scenes. This one follows suit with some outdoor shots that feature blue skies, perfectly manicured lawns and interior shots that leave little to the imagination. These are contrasted with some scenes at a party which darkens the mood a bit as well as the obligatory scenes at night, particularly those in a dark, deserted hospital. Flesh tones appear warm and natural and while Courtney Cox and Neve Campbell look “good”, we can see some grey hairs and forehead wrinkles on David Arquette’s “Dewey.” The 2.39:1 HEVC 4K image does do a good job, though, so I doubt viewers will have little to complain about.

It’s a bit of a head-scratcher why this title is being released with a DTS HD Master Audio (7.1) mix when it’s available on several streaming services with a Dolby Atmos track. Chalk that up to one more way that studios are inconsistent and, ultimately, it’s the customer who prefers physical media who gets the short end of the stick. Nevertheless, it’s not like the DTS track is bad by any means, but we do miss out on some of the extra “oomph” that the track would provide. It’s like having a car that’s got 6 speeds and we’re only allowed to go to fifth gear. Vocals are pure and sharp, the “Ghostface” voice can still send chills down my spine. Directional effects are on the mark as well. All in all it’s a good, though “it could have been better” mix.

It would have been highly unlikely that another Scream movie could/would have come along that was better than the original. And while Scream manages to get back on track from where it derailed (Scream 4), I felt the filmmakers played it a bit too safe. It was nice to see the “OG” cast (or what’s left of them) in this one, too. It’s a nice homage to Wes Craven’s original that will likely continue to get better as time goes by. 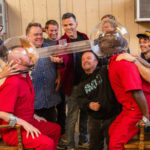 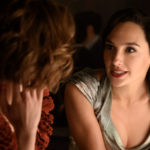