If you’re Frank Darabont and have just come off directing one of the best films audiences have seen, what do you do? Evidently you go to Stephen King and see if there’s something else in his arsenal. And there was. King’s The Green Mile was released as six novels in 1996 and served as as basis for the 1999 film starring Tom Hanks. Odds are that anyone reading this review has read or at least seen the film. Evidently Hanks was set to play Andy Dufrense in The Shawshank Redemption, but opted to do Forrest Gump instead (and, really, who could blame him). The Green Mile was his shot at redemption? Running just a tad over three hours it provided a role for an explosive new actor in Michael Clarke Duncan. Sadly, Duncan passed away in 2012, but this will be the role he’ll always be remembered for.

Paul Edgecomb (Tom Hanks) was once the head guard at Cold Mountain, a prison in Louisiana, where he oversaw the prisoners on death row. The job wasn’t one that offered many bright moments, but 1935 was a unique time, as Cold Mountain had a most unusual guest. As Edgecomb battled a painful bladder condition and dealt with having a bad seed in his normally solid crew, the prison gets a new inmate, John Coffey (Michael Clarke Duncan). Coffey is a big black man convicted of the rape and murder of two young white girls, a crime certain to earn him the sentence of death. But even when he first arrives, it is obvious to everyone that Coffey stands out and not in the typical way a criminal would. He is able to bond with the other prisoners and even the guards, except for the crew’s bad seed, who happens to the governor’s nephew. It becomes clear that Coffey is a gifted man, when he brings a mouse back from the dead, then cures Edgecomb of his bladder problems. Even as he shows his healing abilities and helps bring a true sense of humanity to the prison, the date of his execution remains in place. But will he inspire those around him to consider the possibility of his innocence, or will he be passed off as a con man trying to save his own neck?

A new 4K master was used for the disc and it shows, on the most literal basis. The film is dark in tone but also its physical appearance so the HDR really has a chance to work its magic. The movie is so much sharper and refined here, the hazy visuals of the original are nowhere to be found. Instead, we have high detail and a clean, crisp presentation, this is a very impressive revisit. Not just that, but colors are richer and show more depth, while contrast is more accurate, so this one is revamped in all respects. Looking at the included Blu-ray, the difference is clear (pun fully intended) on how much better this one looks.

New to this disc is a Dolby Atmos track which really brings out the best in the film’s sound design. The rear channels are used perfectly, active when the movie requires it and silent when not needed. I dislike when movies amp up the surrounds just to show off, but this soundtrack puts the rears to great use, to add to the experience, not distract from it. The result is a realistic atmosphere, bolstered by a wonderful musical score that really shines here. The basic sound effects come across well, with just enough presence, while dialogue is clean and never suffers from errors of any kind. Truly, this is the best the movie has ever sounded.

Like most 4K offerings, there’s nothing new here. All of these features have been around since the film hit DVD back in 2000. Still, better to have than not.

The Green Mile is good, no doubt. But I don’t think there are many who would say that it’s better than The Shawshank Redemption. Stephen King has called this the most faithful adaptation of his work to screen and that’s saying something. Regarding the disc, if it’s a better picture and sound you’re after – this delivers. It might finally be time to retire the old Blu-ray (it’s included in the set if you’re feeling nostalgic). 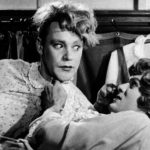 Some Like it Hot (Ultra HD 4K Blu-ray)
Next Article 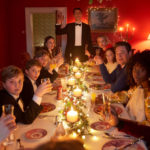