I’ve learned a few things in all my years of movie-watching. Not every role an actor takes is a high-profile role. Well, maybe in the case of Tom Cruise that might not apply, but to the rest of the “mere mortals” out there – it does. I’m often baffled and/or amazed at some of the roles that today’s biggest stars appear in. Maybe it’s due to their agent. Maybe they want a change or don’t want to be typecast? Whatever the reason, it’s nice to see some familiar faces in a role that you wouldn’t expect to see them in. Case in point (I’m sure you already guessed) is pitting Sandra Bullock with Channing Tatum. Both have proved themselves comedically and dramatically and with their pairing in The Lost City – it gives them an outlet to do it again – with style.

Loretta Sage (Sandra Bullock) is a romance novelist who has come to the end of the line – creatively speaking. Her publicist, Beth (Da’Vine Joy Randolph) has urged her to take part in a promotional event for her latest book, The Lost City of D. It so happens that Alan (Channing Tatum) is in attendance at the event as he’s the cover model for her series of books. Think of him as Fabio…for the 21st century. Alan takes his role as the “cover model” a bit too seriously and believes himself to epitomize Dash McMahon – the hero of her stories. Loretta is kidnapped after the event by Abigail Fairfax (Daniel Radcliffe). He assumes that the novel was inspired by a real lost city that supposedly contains a lost treasure and demands that she help him find it. Meanwhile Alan wants to prove himself more than a model, hires his former Navy SEAL trainer Jack Trainer (Brad Pitt) to help him rescue her. Jack’s heroics serve a purpose to a point, but…let’s just say that it’ll soon be up to Alan and Loretta to traverse the jungle by themselves.

I had no idea what to expect when I saw this and by the time the ending credits rolled, I was pretty satisfied. The film didn’t try to make a statement or change the world, it was just about having a good time and we enjoyed the ride along with them. Yeah, it was a bit predictable and the main “plot” (finding the lost city) was a macguffin. But so what. When two actors have chemistry on screen you can feel it. Bullock and Tatum do. Actually these two seem to have chemistry with most of their other stars, it’s likely part of what’s made them so successful. The film is essentially an updated version of Romancing the Stone, the 80’s classic with Michael Douglas and Kathleen Turner. But it’s got a few twists and turns in there as well. Adding to the allure of Sandra Bullock and Channing Tatum are Daniel Radcliffe (playing against stereotype) and Brad Pitt. I mean…what more could you ask for?

Being a new movie to the 4K format, I’m willing to bet that Paramount would want it to look its best. It does. The 2.39:1 HEVC 4K image leaves nothing to the imagination, though some of the effects do (intentionally) look a bit fake. That’s good. A good majority of the film takes place in the jungle so we’re treated to plenty of depth and plenty of green. Yes, green. The HDR and increase color depth of the 4K version really do make the images leap off the screen. And, truthfully, there’s something for everyone to look at, be it Channing Tatum’s biceps or Sandra Bullock’s purple jumpsuit (with a special feature dedicated to what went into designing it).

The good news is that both the 4K and Blu-ray both contain the same Dolby Atmos mix. And when you’ve got characters that are running through the jungle avoiding mishaps, I’m guessing that’s something you’ll want to feel. Right? Atmospheric sounds abound and depending on your particular setup, this is one of the most lively action movies I’ve experienced (yes, experienced) in a long time. Vocals, of course, are pure and crisp, directional effects will have your head turning every which way. Suffice it to say that this is a mix that’s sure to please and may even give you a pulled neck muscle or two.

The Lost City is a fun ride. And it’s the viewer that goes along with them for it. And, to me, that’s part of the fun of watching films to begin with. It’s not trying to make a statement or anything like that. Ok, I’ve beat that horse to death. Paramount’s 4K disc looks and sounds amazing and offers up a nice selection of extras to boot. 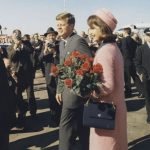 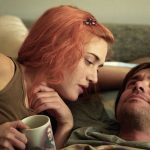