I really don’t recall much from 2010’s Alice in Wonderland outside of thinking it was merely passable entertainment. At that time, 3-D was a big deal, and that was one of the few movies I chose to see in the format. While these days I actively avoid seeing films in that format, I did appreciate it with Alice. The film did feel more visually pleasing than anything else. Of course it was directed by Tim Burton, so of course it had so star Johnny Depp. Mia Wasikowska returns and other familiar faces, but there’s an unnecessary feeling to this entire outing that the film can’t quite shake off. A feeling that the studio is simply selling a product, not a film.

James Bobin takes over the directing duties for this second chapter, but it honestly feels interchangeable from Burton’s style. This is essentially more of the same in terms of story and visuals. Alice (Mia Wasikowska) learns that the Mad Hatter (Johnny Depp) has fallen ill, so she returns to the Underland. She decides to take the journey solo. She meets Time, played by Sacha Baron Cohen who controls time and helps set her journey forth. That’s about all you’ll find here in terms of story, but if visuals and effects are all you seek, then you might not care. For me, it only carries a film so far, but one’s mileage will vary. The film also follows the usual trend these days of being too long. There’s just so little substance here for the movie to come close to 2 hours. All the performances this time just feel phoned in and a bit tired. That’s really how the whole film started to feel after a point: Tired. I’m not entirely sure we needed another story in this series, but it’s here nonetheless. I imagine fans of the 2010 chapter will enjoy this outing, but it offers little else for newcomers.

Since this is a visually driven film before anything else, one would only hope the transfer is up to par. Well it is. Disney is usually on point with their titles, and this is no exception. Colors are bold and vibrant and things really pop at you. The print is pristine and free of flaws as well. Black levels and skin tones were all even and smooth with no oversaturation or other problems to speak of. I can only wonder how this might look in 4K, but the results on the standard Blu-Ray are more than adequate. Fans will be delighted with the results here. The image is AVC encoded with a 1.85:1 ratio.

Also strong is the DTS HD track. I admit to not having the most elaborate system out there, but it still sounded great to these ears. The track is always active, with effects coming in from each and every angle. Vocals are clear and crisp with no noticeable issues. The bass kicked in on numerous occasions as well. If the visuals are arresting, the audio is absorbing and really engages us in this world. It more than gets the job done. Fans will be delighted that the disc is up to par on all fronts.

It won’t be everyone’s cup of tea, but those who enjoyed 2010’s Alice will likely enjoy this chapter. I admit that I grew a bit tired of it before long, but there is indeed an audience for this film. There’s no denying the visual appeal. This disc is more than pleasing in terms of audio and visuals. For well-established fans, it comes recommended. All others should rent it first. 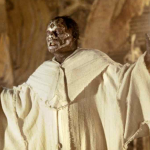 Lord of Illusions (Blu-ray)
Next Article 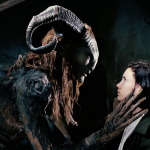