Marty (Dan Hedaya) suspects that his wife Abby (Frances McDormand) is having an affair, but he has no hard evidence to rest upon. So he hires a seedy private investigator, Visser (M. Emmet Walsh) to trail her and see what happens. As it turns out, Marty was right in his suspicions and Abby is cheating on him, with one of Marty’s own employees, Ray (John Getz). When Marty learns of this and even sees photos of the incident, he is very upset and even insults Visser, out of jealousy and of course, sheer anger. Abby stays with Ray for a while and has a run in with Marty, but it ends up harmless in the end, apart from Marty’s vomiting in the front yard. As time passes, Marty becomes more and more enraged by the recent events, so pays another visit to Visser, but this time, he wants real action to be taken. He agrees to hand over ten thousand dollars in exchange for the deaths of Abby and Ray, which seems like a good idea to Visser. So Marty heads out of town for a few days, Visser drops in on Abby and Ray, and this is where things really begin to spiral out of control, to a place where nothing is certain and trust does not exist.

It took a long while for Blood Simple to turn up on DVD, but the high definition treatment was a little faster, as we now have this Blu-ray version to savor . This ultra dark thriller has such a simple story at first, but then unrolls into a complex web of chaos, it is a true writing masterwork, I think. A lot of movies have twists and turns, but Blood Simple has intricate ones and in truth, the real fun comes not from the twists, but how the richly woven characters deal with them. The characters are excellent and showcase the Coens’ writing skills, to be sure. Frances McDormand, Dan Hedaya, and M. Emmet Walsh all turn in superb performances, especially Walsh when he delivers some stinging lines. One of the best examples of modern film noir, Blood Simple is well written, performed, filmed, and it even has some nice touches of black humor dabbled in. The film was a pleasure to revisit and earns a more than solid recommendation.

This might have been her feature film debut, but Oscar winner and Coen regular Frances McDormand performs like a seasoned veteran in Blood Simple. She is given a simple on the surface, but still unpredictable character to work with and she nails it, perhaps one of the finest turns in her career. I think this role would challenge most experienced actresses, but to think this was her first time out of the gate, that makes it all the more impressive. Her interaction with costars is excellent, especially the looks and subtle body language, very effective stuff. You can also see McDormand in such films as Fargo, Almost Famous, Darkman, Wonder Boys, Short Cuts, and Raising Arizona. The cast also includes Dan Hedaya (Joe Versus the Volcano, Dick), John Getz (Requiem for a Dream, Men at Work), and M. Emmet Walsh (The Jerk, Blade Runner).

Blood Simple is presented in 1.85:1 widescreen. This film was shot with very limited resources and the visual design is on the dark side, but this transfer never misses a beat. While the limits of the production are evident at times, the image is able to remain quite clear, even in the darkest of scenes. I found detail to be a noticeable step up over the standard release, even if not at the eye popping levels we all love to see on this format. As I said, contrast is on the mark throughout and while colors are rather dull, that is the intent of the visual design. In the end, this is a welcome improvement over the DVD edition.

This DTS HD 2.0 soundtrack sounds good, but of course, isn’t all that memorable. Even so, the film’s sound design is well replicated here. The focus is on dialogue and since vocals sound clear and clean, the mix performs well. Some of the limitations of the source do surface, but these issues are minor in scope. There is a little more presence than you might expect too, so overall this is a more than solid soundtrack. This disc also includes English and Spanish subtitles.

The rather unique audio comments of Kenneth Loring of Forever Young films returns, as well as the film’s theatrical trailer. 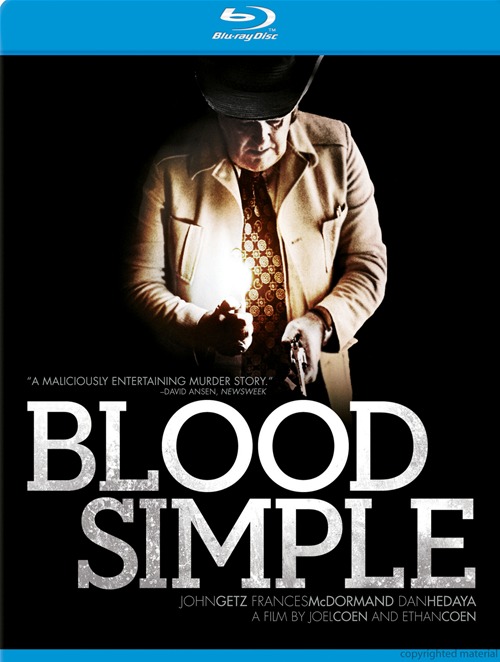