I remember watching Fox News one time about a decade ago. The reporter (whose name escapes me) was interviewing someone and the interviewee gave a response. The interviewer then said “So what you’re saying is that the President of the United States is a liar and a thief!” The person looked stunned and shocked and said “U no, that’s not what I’m saying at all. How did you get that out of what I just said?” The reporter looked confused and stunned, shuffled some papers and then they went to commercial. I haven’t watched Fox News since. I won’t bring politics into this review, but let’s just say that Fox’s coverage doesn’t exactly agree with my political beliefs. But I can’t argue with their success. And I’d heard only in passing of the scandal a few years ago that serves as the basis for this film. This is their story.

Roger Ailes (John Lithgow) is the head honcho at Fox News. He reports directly to Rupert Murdoch (Malcolm McDowell) and is largely responsible for the network’s financial success. When Gretchen Carlson (Nicole Kidman) was demoted, then later fired due to her not giving into Ailes’ sexual advances, she decides to sue. Megyn Kelly (Charlize Theron) didn’t give in either, but she’s agreed to keep quiet in order to keep climbing the network ladder. We then meet Kayla Pospisil (Margot Robbie), an eager up-and-comer and Ailes in action. And for all intents and purposes, that’s the story. We see the case form, the coverage and even real-life footage as to what happened. It’s a somewhat terrifying look at how men in power can abuse it and hold the future of women in the palms of their hands.

I’m not too familiar with the lead characters, which is to say I know their names – well two of them, Margot Robbie’s character was a composite of a few different people. But if you look for Megyn Kelly and Charlize Theron’s performance of her; it’s uncanny. It’s like Val Kilmer and Jim Morrison. Was this the role she was born to play? I think it might be. Despite what the first act of the film shows, this isn’t meant to take shots at Fox News. I’m sure every other network has had executives in the same situation as Ailes, but this is the scandal that got the most attention. Still, I found the film engaging and, yes, even a bit humorous at times (this is not in reference to sexual harassment, by any means). And all of the performances are top notch.

The film is all over the place with its locations. Some take place on the news set, others in offices and the rest in an office setting. About the only consistent thing is the perpetuation of blondes and heavy makeup. The 2.39:1 AVC HD image looks great and as hard as it is to imagine, it’s difficult to see any flaws in the three lead actresses. Looking at John Lithgow, who had to go through hours of makeup to give him his look, it’s a testament to this transfer and how good it looks. Contrast is strong, colors are bold and I was hard-pressed to find much, if anything, to complain about. This delivers.

We’re now in the third decade of the 21st century and a new to Blu-ray film that was nominated for three Academy Awards has come to us with a Dolby Digital 5.1 soundtrack. I think I had some LaserDiscs in the early to mid 90’s that had Dolby Digital soundtracks. I don’t know what the reasoning was when DTS HD Master Audio has been the standard for Blu-ray’s since they came in to existence. Nevertheless, the included track nicely reproduces the dialogue (of which this film is almost entirely composed) and we do get some directional effects. Dolby Digital 5.1 isn’t synonymous with “bad” it’s just not the standard we’ve become accustomed to after all these years. Just turn it up a notch or two and you’ll be fine. I do wonder what the reasoning was on this decision, though…

I don’t watch Fox News. I won’t ever watch Fox News. But that’s not a knock on Fox. I really don’t watch the news in general. Still, I have to admit that I’m alway intrigued by films that are torn from the headlines. Charlize Theron knocks it out of the park as Megyn Kelly, though Nicole Kidman, Margot Robbie and John Lithgow are nearly as good in their respective roles. Lionsgate’s Blu-ray has a puzzling Dolby Digital 5.1 soundtrack and some stock extras, but don’t let the lack of a DTS track deter you from seeing this film. It’s impressive. 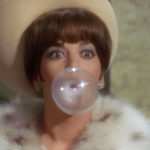 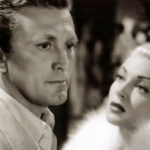