Tennis is difficult. And it’s not popular. I played for fifteen years and was good, as did my brother (not as good). My brother and I are very different when it comes to how aggressive we are. The tennis coach was watching us play and approached my parents. She said “If I could combine Matt’s natural ability, eye/hand coordination and the ability to place the ball along with Drew’s hustle and determination – we’d have the perfect player.” Well, she couldn’t, so that was that. Though my aspirations about being a professional tennis player have long since diminished, I’ve always loved watching it on television. I’m a bit too young to remember the match in question (1980 Wimbledon), it was one for the ages. I remember seeing players like Jimmy Connors, Chris Evert Lloyd and, of course, the foul-mouthed American in question: John McEnroe. Borg vs. McEnroe takes this iconic tournament and focuses on the rivalry and relationship that the two men had. And it does it well.

The film unfolds over the course of the tournament, which traces both men’s route to the final. Björn Borg (Sverrir Gudnason) ranked #1 in the world and was chasing an unprecedented fifth straight title at Wimbledon. John McEnroe (Shia LaBeouf), an up and comer, was ranked #2. However, the two were as different as night and day. Borg was meticulous; wearing the same clothes, staying in the same hotel room and even keeping the room at a frigid temperature so as to regulate his heart rate. McEnroe was loud, arrogant and wore his emotions on his sleeve both on and off the court. He turned press conferences into wars of words, lashing out at crowds and playing head games with his opponents. But with #1 vs #2, there could only be one winner and this showcases one of the greatest sporting events in recent history.

Many of the aforementioned sporting events don’t live up to the hype, but the match between Borg and McEnroe did. It’s widely regarded as the best tennis match of all-time. If you know your tennis history, and not many do, you’ll know who ultimately prevailed. I certainly won’t spoil the outcome. The film manages to convey the intensity of a Rocky movie with a gritty realism that many would find hard to believe existed in the world of tennis. Though Gudnason gives a great performance, but it’s Shia LaBeouf that really shines here. In an interview with Jimmy Kimmel, he discusses how he approached the role and how he managed to convey playing as McEnroe (John McEnroe is left-handed and LaBeouf is right). Camera angles and imagery aside, this really is one of the better sports movies I’ve seen.

I can’t imagine this film being shot in anything less than 2.40:1. Every inch of the screen is utilized and with the close shots, it really serves up a good-looking overall image. The texture of the grass court, the messy mop top of John McEnroe and even the authenticity of the wooden rackets all come together to give the most realistic tennis movie a genuine feel. Contrast is strong, detail is off the charts and black levels spot on. It’s a fantastic image.

Contrary to what some might think, this isn’t two hours of Shia LaBeouf yelling (though there is a fair share of that). Rather, the included DTS HD Master Audio soundtrack manages to convey a very active surround mix. The sound the ball makes when hitting the racket, the grunts and groans of the players and even the directional effects of the audience all make a great impact on the overall mix. Again, it’s a very immersive and active track.

Tennis, at least in the United States, isn’t one of the main sports and that’s most likely why there haven’t been a lot of movies that feature it. But for those who play or have played, Borg vs. McEnroe harkens back to a day when rivalries were really something. Shia LaBeouf turns in a stellar performance and it really elevates the film to a new level. It’s a shame that this title is so underexposed as it deserves to be seen. 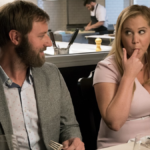 I Feel Pretty (Blu-ray)
Next Article 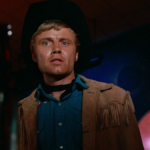