Sam Peckinpah had a long career in television before he broke through in 1969 with his rough western masterpiece, The Wild Bunch. From there he directed Straw Dogs, which has as many detractors as fans (I personally am a fan.) With the success of those films he directed Steve McQueen in two films, The Getaway and Junior Bonner. The success of those two films allowed him to pursue a couple films that would not be nearly as successful, Pat Garrett and Billy the Kid and Bring Me The Head of Alfredo Garcia. Although not received well upon release, Bring Me The Head of Alfredo Garcia has developed a cult following and some consider it to be his masterpiece. Twilight Time recently released an Encore Edition of the film on Blu-Ray, limited to just 3000 copies. I couldn’t resist purchasing it to see what I thought of it.

The film begins with a wealthy gangster in South America finding that his daughter has become pregnant outside of wedlock. He demands the name of the man who has impregnated her. When she reveals that it was a man by the name of Alfredo Garcia, he puts a million dollar bounty on his head. For proof, he demands that the head be brought to him. Two of the assassins that work for him, white men in suits named Sappensly and Quill, head out to try to locate the man. In their search they enlist a lounge-singer/pianist named Bennie (Warren Oates.) Bennie knows the ins and outs and they offer him $10,000 to bring them the head of Alfredo. Bennie also has a personal connection to Alfredo, his girlfriend Elisa (Isela Vega) had been sleeping with him just a week before. Bennie sees a future where his whole life could change and he could be together with Elita. After questioning Elita, he finds out that Alfedo had actually perished a few days before in an accident. They head out together, him carrying a bottle of liquor and her carrying a guitar, to redeem the bounty on Alfredo’s head.

Bring Me The Head of Alfredo Garcia is going to be a divisive film. Tonally it shifts constantly, sometimes feeling like a strange dark comedy and sometimes feeling like a deadly serious revenge drama. This will aggravate some viewers, but I was excited that the film seemed like it could go in any direction it chose. The overall storyline of the film is engaging, but certain aspects of it do not work completely. That said, I still found myself enjoying the movie immensely. More than likely that is because of the central performance by Warren Oates. He is great in the movie and it was great to see him given such a large role after years in smaller parts.

The film has a similar vibe to another film, Under The Volcano which has a few problems in tone that are similar. I personally love that movie also. It is quite possible that I just really love films where character actors drink large amounts of alcohol in Spanish speaking countries while facing abject danger. This film also has the benefit of some of the strangest sequences of actions that one could get away with in a film, including a man carrying around a disembowled head for half of the screen time.

Taken all together, I can not quite explain why I live this movie so much. Probably it is just the combination of Sam Peckinpah and Warren Oates. Regardless, I would recommend checking this out if you like the work of either. It is a truly original film.

Twilight Time did a decent job on the transfer of the film using an MPEG 4 AVC codec. For a limited release of a forty year old film, the transfer looks good, but not great. There are little white specks in the film throughout the entire picture. The picture is uneven in clarity, sometimes looking spectacular and sometimes incredibly soft. I actually contacted Arrow Video to find out if their new 4K scan would be coming to America, but unfortunately this is going to be the best that we can get. This transfer is not downright terrible, but I am sad that there is a much better transfer that American audiences may never get to see.

The audio treatment of Bring Me The He’d of Alfredo Garcia was incredibly competent. Being a DTS-HD Master Audio Mono track, it can be expected that range is severely limited, but Twilight Time delivers on the most important aspect: clarity. Dialogue is extremely clear. That said there is the occasional instance of hiss, and sometimes the audio can seem like it has slightly warped, but the majority of the audio sounds great.  The score by Jerry Fielding is fantastic and can be heard on the isolated track provided on the disk. I was happy in this department with minor caveats.

Bring Me The Head of Alfredo Garcia is a film that will not make everybody happy. It was divisive when it came out, but has gained a following over the years. Personally, I enjoyed it tremendously. The Twilight Time release is the only game in town in the US, but the new 4K transfer by Arrow is supposedly amazing. If you have a dual region blu-ray player you may want to consider that version. That said, the supplements are very informative and enjoyable on this release. My hope would be that more people check out this crazy movie and see if it is to their liking.

Note: On Amazon and other retailers I have seen crazy prices for this disk, but it is still currently available on the Twilight Time website at a great price. These editions are limited to 3,000 prints. 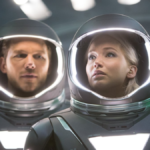 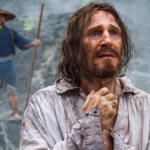