As I get older, it’s occurred to me that there’s never one way to do things. Is the way I was brought up the “right way?” Who’s to say that just because the way it’s been is the way it’s got to be. There’s no steadfast rule for living. No one says you have to have two cars in the driveway, go to school, do your homework and brush you teeth (and so forth). So while the characters and lifestyle portrayed in Captain Fantastic might seem a bit obscure to some, to others it might be (or soon will become) the norm. After all I went to (and graduated from) college, but to be honest my own skills and interests have always kept me employed. As proud as I am of my diploma, it’s just a piece of paper saying I’ve completed something. If I were educated in the woods with the same books and curriculum, would I be any more or less qualified? The point has been made, I’m sure, but that’s the essential question being asked in this film.

Our story follows Ben (Viggo Mortensen) and his slew of children all living off the land. Their days are structured with high-intensity physical training and intense education that borders that of college level academia.  The lifestyle in isn’t the norm, but that also seems to be the inherent point.  We can see that this sort of lifestyle is a positive and that the kids’ lives seem to actually be enriched by it.  We learn that the children’s mother has committed suicide and thus, drives the plot forward.  Ben and the children start to make their way to the funeral much to the dismay Mary’s parents, the would be “villains” of the film.  Specifically,  the father- in-law (Frank Langella) who blames Ben not only for the death of his daughter but for the endangerment of his grandchildren. We see that Ben learns that it’s possible that parenting as a whole may be far more complex than simply changing where you raise your children and the type of education they receive.  Every child has different needs. In the end, it would seem that balance and compromise is what parenting requires even if it takes some hard changes to get there.

Captain Fantastic is an interesting film and the performance of Viggo Mortensen certainly leads the way. He was nominated for Best Actor (he lost to Casey Affleck in Manchester by the Sea), but he carries the movie, no doubt. While some may look at this type of life as “odd” or “weird”, remember it’s only in the last few hundred years of our existence that school has really been formalized. It wasn’t that long ago that this sort of educational system was not only acceptable, but preferred. The film is inspirational and uplifting at times, though I feel it ultimately could have used a bit more pacing. It’s worth a look, for sure, if only for Mortensen’s acting prowess.

Universal brings the film to Blu-ray in a very nice-looking 2.40:1 AVC HD transfer. There’s a lot to like here, especially if you’re a fan of movies that take place outdoors. The Pacific Northwest is on full display, with sprawling, scenic shots which gives the viewer a real appreciation for the great outdoors. Think The Hunger Games if you need a point of reference.  Detail is top notch. Mortensen’s beard is a thing of beauty and you can see each individual hair. Colors are bold and vivid and I really saw no evidence of anything that might be construed as an error. It’s a good-looking film and this Blu-ray leaves little be desired.

A rather standard DTS HD Master Audio track carries the film on it shoulders. Some ambient surround effects add a bit of atmosphere while vocals are strong and well-balanced. Nothing really stood out as that memorable, but then again I don’t think it was supposed to. It’s a fairly run-of-the-mill track, but that’s not to say that it’s “bad” by any means. It serves its purpose and nothing more.

A good film with a pretty clear message make this one to watch. Universal’s Blu-ray both looks and sounds good, but the lack of any real supplements probably relegates this to a rental. 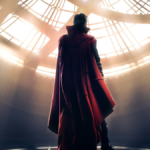 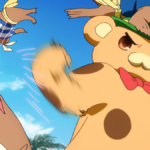