Collide was in and out of theaters faster than the chase sequence that opens the film. It made less than $5 Million at the U.S. Box Office, but it really didn’t deserve that fate as the film can be quite entertaining. You won’t mistake it for a modern classic, but it’s certainly a lot of fun, and has a fairly interesting plot. It also features another terrific performance from Ben Kingsley. He gets only a minor role, but steals every scene he’s in. I have to wonder why he isn’t cast in more movies. The guy can do no wrong as far as I’m concerned. All of the performances are fine, however, including a solid turn from Nicholas Hoult in the lead. The film surprised me quite a bit when I saw it in theaters a few months back. I’m glad I saw a TV ad, because I might’ve missed it all together.

Hoult plays Casey Stein. He’s an American living in Germany with a friend, Talaz. The two of them are money runners. One night Casey meets Juliette (Felicity Jones). The two grow closer, and are playing one night out in the cold. Suddenly, Juliette starts having a seizure. We learn shortly after that she needs a kidney transplant. She can’t be refused dialysis, but since she’s an American, she can’t be considered for a kidney transplant. Obviously in a bind, Casey talks to his employer, Geran (Kingsley) about a big score in hopes he’ll get the money for Juliette’s transplant. Geran works for Hagen Kahl (Anthony Hopkins) and wants to become on his rank, so to speak. Hagen takes care of Geran, but considers him to be lower than himself and not worthy of being an equal partner. So now Geran gets Casey and his friend, Talaz to rob one of Hagen’s trucks. We learn the specifics of the plan and what they must do, but of course things get complicated. I won’t reveal too much more as there are a few surprises thrown in the mix. But really, the plot is mostly an excuse for the car chases and big action sequences. Boy does the film deliver. While it’s rated PG-13, you won’t feel shortchanged here. The film has a nice flow to it, slowing down just enough to let the plot work itself out and also giving enough time to flesh out the characters. I can’t speak enough for Kingsley. From his outrageous wardrobe to the very things he says. He’s just a hoot. He constantly refers to Casey as “Burt Reynolds”, stating that he favors the actor in his younger days. Those who’ve seen Iron Man 3 and know the twist involving the villain might have an idea of what Kingsley’s character is like here. It’s a less extreme, but still fun nonetheless. I’d almost like to see a film based on this character alone. Still, the film has more than enough other pros to justify a viewing. Another recent review commented on how it’s better than it looks. That couldn’t be truer. The film sped through theaters, but hopefully will attract a large audience on the home video format. Check it out.

Quite nice, actually. The transfer is pristine with no issues to speak of. We get an AVC encoded 2.39:1 transfer that starts strong and remains that way throughout. Details are consistent, facial hair can be distinctly seen and background shots are well defined. There are really no issues to speak of. All things considered, this film looks great in HD.

We get a solid DTS HD track that has a nice balance throughout. The rear channels stayed fairly active during most of the film. The vocals are fine, but it’s the action sequences that deliver. The film hardly slows down at all, so the track stays busy. Like the transfer, this track serves the film nicely.

The disc had to fail somewhere, right? Sadly, we’re given nothing but a DVD and digital copy and some previews. Universal isn’t the best these days in terms of features, but surely something could’ve been dug up.

It seemed to come out of nowhere, and disappeared from theaters as fast as it rolled it, but Collide is a solid flick. True, the plot isn’t the most original, but the film remains thrilling and involving and features solid performances all around. I really can’t find much to fault about it. Also, Ben Kingsley is reason alone to check this out. He gets only a few short scenes, but steals all of them. Sadly, the disc is lacking in features, but the A/V is great and the film comes recommended. 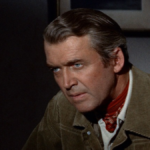 The Man From Laramie (Blu-ray)
Next Article 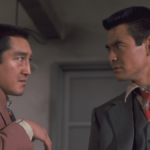