When you look at the 1980’s there are a few names in the entertainment industry (films in particular) that stand out. Arnold Schwarzenegger, Tom Cruise and Eddie Murphy all made a big name for themselves in the “me” decade. Murphy, a player on SNL, made the transition to movies with 48 Hrs. and then with Trading Places. From there he really hit it big with Beverly Hills Cop (and Part II) and we’ll even throw in The Golden Child for good measure. As the decade was ending, many said that Coming to America might have been the biggest hit of them all. It brought together the talents of Murphy and Arsenio Hall along with an ensemble cast that made their work easy. For some reason it took nearly three and half decades for a sequel and in Hollywood terms that might be just tad too long. Was the magic still there or had it disappeared when Reagan left office?

Eddie Murphy returns to the titular role as Akeem who is now the king of Zamunda. He and wife Lisa (Shari Headley) have raised a trio of daughters, but no sons. According to the laws of Zamunda, a female can’t be the heir to the kingdom. This opens the door for Gen. Izzi (Wesley Snipes), a military leader who just happens to be the older brother of Akeem’s intended bride from the original film. He threatens a military strike. It’s only then that Akeem discovers that he does, in fact, have a son in the U.S. Lavelle Junson (Jermaine Fowler) is a ticket scalper and is all in favor of returning to Zamunda. He brings along his mother, Mary (Leslie Jones) and uncle (Tracy Morgan).

Most of what made the original so likable was that it was the perfect “fish out of water” story. Seeing Akeem and Semmi in New York made the movie tick. That’s not really what happens here. Most of the film takes place in Zamunda, Akeem’s stomping grounds. So, right there, that’s an issue. We don’t have some of those hilarious antics that worked so well in the original. Couple that with the wait it took for this to come around and, well, there you have it. By all rights this film should have come out in…1990. Had that happened, I’m sure it too would have been a success. But for whatever reason it took another three decades for it to see the light of day. To me, it wasn’t really worth the wait. It has moments, but stick with the original.

Like the original, the film splits itself in two locales: Queens and Zamunda (or at least a place that’s designed to look like it). Being a new film, we can expect that everything will look sharp, well-defined and colorful. And we’re correct. Some of the outfits worn pop off the screen and even the old guys at the barbershop have never looked better. Black levels are sharp and crisp and I found a very nice balance throughout. The 2.00:1 aspect ratio is a bit of a head-scratcher to be sure, but don’t let it sway you – Coming 2 America looks grand.

The included DTS HD Master Audio soundtrack has a few moments to flex its muscle with a surprisingly robust surround field to help guide the way. Vocals are rich, pure and crisp – in other words, everything we’d expect. The front stage does handle the burden of the mix, but a few segments really had my head spinning. The bottom line is that this one delivers what it’s supposed to and sounds pretty good while doing it.

For whatever reason, it took just over three decades for a sequel to Coming to America to surface. Was it worth the wait? In a word…no. Don’t get me wrong, it’s got some moments, but it also felt forced and just lacked the inspiration of the original. Nevertheless, Paramount’s Blu-ray looks and sounds good so if this one was your thing – it can now be had in a physical disc which will certainly please some folks. 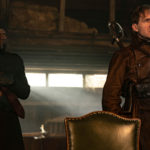 The King’s Man (Blu-ray)
Next Article 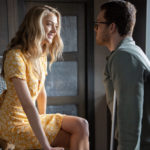