With the rise in computer animated films, it’s given digital filmmakers free reign to do pretty much anything they want. I’ve become a big fan of these films over the years, and ironically as I get older, I find much more enjoyment out of these things than I would when I was younger.  I have to admit, many of these movies are very clever. I fancy myself somewhat of a clever person myself and I have to imagine that the writers are just a tad bit off their rockers. That’s good. Nothing ever done straight-laced has been intentionally funny, right?  Right.  So when Despicable Me hit theaters in 2010, it was an instant hit and with voice talents like Steve Carell, Jason Segel, Russell Brand and Julie Andrews voicing the characters it was pretty hard to fail. As time has told us, the movie was a  hit and it took nearly three years for a sequel to come out. But they’ve delivered and Despicable Me 2 is everything that we’ve wanted and more.  With many of the same talents returning (and a few new ones), it’s time once again to look at the “evil” villain Gru and his minions.

Gru (voiced by Steve Carell) has renounced his evil ways. Yes, really. But no sooner has he been relegated to life as a father of three than he’s hunted down by the Anti-Villain league and assigned a partner, Lucy (voiced by Kristen Wiig).  Gru isn’t happy about this, but seeing as how he doesn’t really have a choice in the matter, agrees. Longtime friend and cohort Dr. Nefario (voiced by Russell Brand) is forced into retirement and with three daughters, Gru isn’t exactly in the best place.  Lucy and Gru deduce that their target is the presumed dead super-villain El Macho (voiced by Benjamin Bratt) and to add insult to injury, El Macho’s son is now interested in one of Gru’s daughters. Can things get any worse?  Oh yes, they can!  Gru’s adorable minions are disappearing and it would seem that a mutation is turning anything and everything it touches into a screaming, purple monsters!  Can Gru manage to keep his daughters safe, pursue his interest in Lucy and defeat the bad guys?

Despicable Me 2 wasn’t quite as well-received as its predecessor, but that didn’t stop the film from raking in the bucks this Summer. The movie took in nearly $400 million at the box office, so I’d say it’s a safe bet that we’ll see Gru and his minions on at least a couple more of occasions.  For me, I personally liked the sequel a bit more than the original, I just felt that the film had a bit more flow to it and the actors seemed a bit more comfortable in their respective roles.  Then again it’s been three years since I saw the original and I haven’t seen it since, so I might re-work that statement should I decide to pop the original in my player.  Like any good animated movie, there’s an equal amount of humor for both adults and kids alike and even though the film has a PG rating, I didn’t find anything that kids would find offensive or scary. Heck, even the purple “monsters” were adorable!  While others out there might prefer one over the other, directors Pierre Coffin and Chris Renaud have delivered the goods on the sequel. So until Despicable Me 3 hits theaters, this will have to suffice.

It’s a bit of a tough sell when it comes to “porting over” a movie in which the Blu-ray looked absolutely flawless. This is the case with Blu-ray’s (most of them) and their Ultra HD/4K counterparts. Some of these films look virtually identical that it’s not a night and day difference between the two. That’s how far we’ve come in technology. That said, Despicable Me 2 looks amazing as it should.  The 1.85:1 image is literally perfect in every way, shape and form.  The detail is amazing, the colors pop, there’s nothing that can even remotely be considered a flaw and it’s indicative of what we’ve come to expect from these 4K titles (and their Blu-ray siblings) and especially these computer-generated films. I could go on and on, but there’s really no need.

Universal did utilize this opportunity to give the audio a bump. While the DTS HD Master Audio track remains on the Blu-ray, the Ultra HD version finds a new DTS X mix. Both Despicable Me movies have been equally impressive on the technical fronts and this latest installment is no exception. Dialogue is crisp and sharp as a knife and the ensemble cast of voice actors is instantly recognizable (with both old and new faces). The LFE get their day in the sun and surround effects are spewing out something in most every scene. By and large the front stage handles the meat of the audio, but when it all works in cohesion it’s a beautiful thing. Like the video presentation, I could go on and on but suffice it to say that you’ll get your money’s worth out of your home theater setup with this one in the player.

There are no new supplements to this release, though the three mini movies and the audio commentary are present on the Ultra HD disc while the supplements on the Blu-ray have remain unchanged from the initial release.

There’s no denying that the Despicable Me franchise has (and will continue to bring in a lot of cash for Universal). Having already spawned a spinoff, Minions, the only real reason we’re getting these in 4K is for marketing purposes. While it’s nice to have a bump in audio and video quality, I think those with the original Blu-ray will find no solid reason to upgrade. 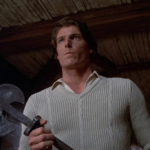 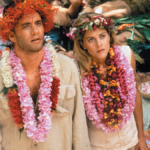