I think it’s safe to say that at least to some extent, one must care about characters. If there’s a complete lack of interest, then what happens in a film hardly matters. I bring this up because the lead character in Devil’s Workshop did nothing for me. I will talk more about him in a bit, but he’s been a struggling actor for some 15 years, and there’s just no intrigue there for me to want to spend some 90 minutes or so with him. The film is slightly horror, slightly drama with very little of to make an impact. While I appreciate subverting expectations, but I was sitting through much of this film desperately wanting it to end. I have seen a rather mixed reaction, with some fond of it, so if you wish to see it, go right ahead.

We meet Clayton (Timothy Granaderos) and he has been struggling to make it big in acting for 15 years. We even hear in one scene, a voicemail from his father offering a high paying job in an entirely different field, but he keeps chugging along for the acting thing. Also starring here in a smaller role is Emile Hirsch as Donald. He exhumes a confidence that not many have but is also very irritating to Timothy. Both Tim and Donald are competing for a role as a demonologist. Donald chooses to party with two girls while Timothy decides to go visit a real demonologist. Her name is Eliza (Radha Mitchell) and Tim goes to her secluded house to meet with her. He hopes she can help him prep for the role. While Clayton doesn’t know this right away, Eliza wants him to stay for the weekend to cleanse his soul and get rid of his self-doubt. Clayton did receive a callback about this role, so he should be feeling OK, but he still goes through with what Eliza has to offer. Or at least some of it. I won’t reveal too much more, but some may be able to gather just where the film goes.

I don’t mean to come down too hard on this film, and maybe I need to revisit it, but the lead character just didn’t entice me enough to want to follow him over the course of this film. The horror elements are familiar, and the comedic bits wore on me. There may be something here for those more into this type of thing, and the ritual elements, but I was mostly bored during this film. You certainly could do worse, but you could do much, much better.

The 1.85:1 transfer looked just fine to me. Details and colors were strong, even if this isn’t a flashy film. There are some bolder visuals toward the second half of the film, and this appeared fine. Colors weren’t always the most colorful, but this is more a stylistic choice than a transfer issue, I believe.

The DTS HD track was as expected. Vocals were fine, but it kicked into high gear when needed. At no time was this one of the best tracks I’ve ever heard, but it more than gets the job done. I liked that the rear channels stayed active and added a bit of involvement.

This disc contains no supplemental materials.

Devil’s Workshop simply failed to engage me. It isn’t the worst film in a while, but I was mostly bored by it. Maybe I was tired and needed to see it another night, but that’s giving too much benefit of the doubt as most films I enjoy can get me through it regardless of when I watch them. If you absolutely must, then maybe give it a rent before a blind purchase. 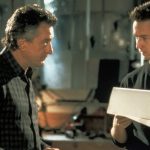 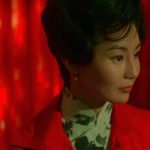