It’s amazing how a second viewing of a film can really change your mind on things. It’s been about 12 years since I sat down to watch Donnie Darko (I think I was of the mindset “…let’s see what the fuss is all about.”) and I don’t remember being too impressed. Well a lot can happen in a decade, so when Arrow Video sent me this new edition, I was actually excited to see it again. Jake Gyllenhaal has become quite the actor and his success (and that of his sister) is well-deserved. He’s talented and it shows. The film wasn’t too well received when it debuted in 2001, but it’s since epitomized the “cult classic” genre like no other. I’m reminded of another movie about the end of the world and a race against time – Miracle Mile. If 6 foot, creepy-looking rabbits and surrealism aren’t your thing, stop reading now. This movie isn’t for you. But if you don’t like to be pandered to and enjoy it when a movie makes you think, well then read on…

At first glance Donnie Darko (Jake Gyllenhaal) is your typical teenager. He comes from a good home, has parents that love him and all seems well. But there’s another side to Donnie that many don’t see. He’s also become socially isolated and has a problem with authority. The fact that he’s got an imaginary friend by the name of Frank might not be too concerning, but the fact that he’s a 6 foot tall, eerie-looking rabbit might be. Frank tells Donnie twisted stories and shows him terrible images, tragic scenes from the past and promises of an even darker future. He even goes so far as to tell him when the world will come to an end. Truthfully, Donnie’s (mis)adventures actually end up doing some good, but we have to wonder what will happen when the ticking clock finally ends.

Donnie Darko is certainly one of the more interesting films I’ve seen and upon my second viewing, it hit me a lot more than it did the first time. To tell every twist and turn and explain it (or at least my explanation of it) wouldn’t be fair to those who haven’t seen it. And it’s all subjective. I love movies that don’t end with everything wrapped up in a nice little bow. It’s just not right. And while I don’t think this kind of film appeals to everyone, it deserves a wider audience that’s been found as time has passed. There is a message in Donnie Darko and it is well-delivered, but not in the usual forceful manner. Richard Kelly’s writing and direction are clearly ahead of their time and it’s a welcome change of pace from some of the mindless tribble that I’m forced to sit through.

Arrow Video is quietly becoming one of the more respected studios around. Like Shout! Factory, they have access to some fairly high-profile titles and are pulling out all the stops to put out some top quality product. And, thankfully, it’s the consumer who ultimately benefits. Having said that, this new two-disc set features not one, but both versions of the film (theatrical and director’s cut) of the film given a new 4K re-master. The difference with both is immediately obvious. This was a low-budget film and though it never looked “bad”, per se, it did have room for improvement. The new transfer really evens out some of the inconsistencies, and though the color palette has remained unchanged (obviously), the movie has a more “film-like” appearance. Detail has been improved, contrast seems a bit more solid and flesh tones a bit more natural. It’s a definite step up in image quality and is quite the testament to the folks at Arrow. I’d say they’ve hit the mark here.

Generally-speaking, when a director’s cut of a film is available, it’s just a collection of some additional scenes. But that’s not entirely the case with this film. While the included DTS HD Master Audio track sounds good, the director’s cut of the movie actually contains some different music than its theatrical cut counterpart. Vocals are pure and crisp, though Gyllenhaal seems to mumble his lines (in other films as well). Directional effects seem to have a bit more life in them with this version and I was hard-pressed to find much to complain about. It’s not the most impressive audio track out there, but it’s far from the worst.

This film has been released on several previous occasions with both the theatrical cut and director’s cut given the Blu-ray treatment. Arrow Video has taken just about every supplement previously offered (I’m sure there are a few things that didn’t make the cut) and has put them on this two disc set. The only “new” offering is the documentary Deus ex Machina: The Philosophy of Donnie Darko on the theatrical cut of the film. Everything else is vintage, but nonetheless worth watching.

Donnie Darko epitomizes the “cult classic” genre. And this is a strange film and it won’t be for everyone. It’s got a great cast and showed us what a talented young actor Jake Gyllenhaal was and has become. While multiple versions of this film exist on Blu-ray, I’ll go out on a limb and say that this is the version to have. Not only have both of the versions been given a new 4K treatment, but the wealth of supplemental material should please any fan. Arrow Video is certainly giving Criterion a run for their money on titles like this. 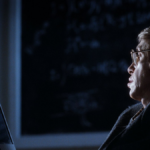 A Brief History of Time: Criterion Collection (Blu-ray)
Next Article 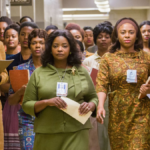