What a difference a day makes.

I’ve always been fascinated about movies dealing with time. Be it the ability to go back in time, freeze it or simply repeat a day over and over. The latter is certainly familiar and it will be even more so after this viewing. There’s something so mysterious about time and its ramifications and it’s something that, I think, we take for granted. We all make choices and decisions every single day and rarely think of the consequences or outcome that what we do might have on others. That’s at the heart of Before I Fall, based on the 2010 novel by Lauren Oliver. If the plot sounds like a “been there, done that” well, you’re right. 1993’s Groundhog Day took this concept and put a comedic turn on it and the Tom Cruise vehicle Edge of Tomorrow used it as ammo for Cruise’s character to save the world. Here we have a Mean Girls spin on it with the YA (young adult) crowd. I’m pleased to say that the result is, well, unexpected.

Samantha (Zoey Deutch) is your average teenager. She’s beautiful as are her trio of friends led by Lindsay (Halston Sage). They’re popular and aren’t exactly nice to their underlings. It’s Cupid Day (I was unable to find what exactly this is, but it’s Feb. 12) and roses are dispersed to the more popular/beautiful ones. Samantha is on the precipice of losing her virginity to her boyfriend, Rob (Kian Lawley). Things are going well. But fate has a way of intervening and the quartet of girls are killed in a car accident leaving from a party. Samantha wakes the “next” morning alive and unscathed. She soon learns that she’s repeating the same day over and over again and, after a few “tries”, figures out what her purpose might be. Her actions and their effects on those around her are at the heart of the film, but it’s what Samantha does with her time in this given day that gives the movie its heart.

The inherent theme in a movie like this is that there must be something bigger. The main character has to learn something about themselves or others and change, else it’s just the same thing over and over again. Bill Murray’s character in Groundhog Day finally put it all together as did Tom Cruise’s in Edge of Tomorrow. So too must Samantha Kingston. It would be easy to look at this movie and dismiss it as “another teen movie”, but there’s more to it. It was favorably reviewed and with good reason, both Halston Sage and Zoey Deutch turn in wonderful performances. Yes, it’s not perfect and it is a tad predicable. But since we essentially know what will happen from the first 15 minutes of the film, it’s the journey that makes it worthwhile.

The film takes place in some unnamed location, though it is in the pacific northwest (they say it in the film and the landscape would favor that area of the country). The perpetual overcast skies don’t add a lot of color to the film, so bluish hues do tend to dominate. The interior shots likewise have a more corporate look to them. If you’ve seen the Twilight films, that’s a good indication of what the look and feel of this compares to. That said, I wasn’t able to find any errors. Contrast is strong, black levels solid and nary a blip to be seen. It’s an amazing-looking presentation.

I realize that I’m pretty far removed from the target audience, but I was really digging the music in this film. On three separate occasions I paused the movie to Shazam a song and add it to my playlist. I searched for an original soundtrack, but was unable to find one. Still, it’s a groovy and jazzy selection of songs that I’m sure I’ll get plenty of miles out of. As for the film itself, there are a handful of scenes in which the surrounds take control, but this is a dialogue-driven film. Some more etherial sequences really heighten the mood.

It’s pretty rare for a new to Blu-ray movie to be featureless, but here we are. Not a trailer, no EPK and nothing about the novel. I even looked for the original soundtrack, but one doesn’t exist. I guess Universal didn’t have a lot of faith in this one. That’s too bad.

While not perfect, this is a little deeper than your average young adult film. The performances, mainly by Halston Sage and Zoey Duetch are relatively strong and though the plot might be somewhat familiar, I found myself enjoying the ride. It’s got a great soundtrack and looks good to boot. The lack of supplements is disappointing, but it’s worth a viewing, for sure. 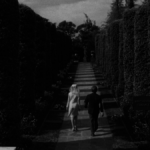 The Loved One (Blu-ray)
Next Article 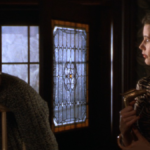