I’m still in shock over the death of Paul Walker. Even after almost 4 years, it’s just hard to think he’s no longer with us, especially the way he died.Furious 7 was such a proper and fitting send off for his character, but that film also felt complete. It left me completely satisfied, but also not craving more. I’d be perfectly content if that were the last film. Of course, I’m just one guy with an opinion and that film made tons of money, so inevitably the show would go on. Sadly, this 8th entry in the Fast franchise is really showing signs of fatigue and the filmmakers running out of ideas. The big draw here is the character of Dom (played by Vin Diesel) going rouge. That really contradicts the running theme of “Family” we hear so much about in these films. Let we save the next paragraph to discuss more of the plot, but let it be said that The Fate of the Furious is one of the lesser films in this series. When the next chapter arrives, they really need a new angle.

We see Dom (Diesel) and Letty (Michelle Rodriguez) moving on with their lives and get married and honeymoon in Cuba. It’s here that Dom meets Cipher (Charlize Theron). She’s a cyberterrorist who asks a favor of Dom. The problem is, this isn’t a favor he can just decline and walk away from. I won’t reveal too many specifics, but as I mentioned, this film finds Dom going rouge. The film establishes pretty early on why exactly he’s doing it, and that really steals a lot of the fun. When I first saw the previews that played up this angle, I wasn’t really excited, but it’s badly executed here. I won’t spoil things, but I think if the film didn’t reveal things as early as they did then it might’ve been more effective. Perhaps if a plot twist later in the film revealed it to us then maybe I’d be more willing to go along with the ride. Either way, it shows a lack of creativity. We get the typical returning players which include Dwayne Johnson, Jason Statham (now siding with our heroes), Tyrese Gibson and even Kurt Russel returns, among others. Scott Eastwood and Charlie Theron are the newcomers here and we’re even treated to a surprise performance from Hellen Mirren. The big objective here is to not only stop Cipher, but also bring in Dom even if that means having to take him down.

We’re treated to plenty of big action sequences, including a big sequence out on the ice late in the picture. My big issue with this outing was that I was just mostly bored. I simply didn’t care, and the plot (even for a film like this) just seemed too lame this time to forgive it. There’s a reference to the character of Brian O’Conner and Mia (played by Paul Walker and Jordana Brewster, respectively, but thankfully they’re kept out of this film. I respect that they didn’t try to bring back Brian with CGI. It feels fitting to simply not have him in this film, though I did miss his character. This film also runs too long and that became a problem as the film really tests our patience after a point. I like Charlize Theron, but her character isn’t given much to do here, and a male antagonist would’ve been preferred. I’ve noticed a trend now with each passing film where the villain then starts working with our heroes. This can make the previous entry seem a bit negated since we know the outcome. Fate isn’t a complete dud, nor is it the worst in this series, but it feels wholly unnecessary. It’s definitely weaker than the previous 3 films, but only a notch or two better than some of the others.

If the previous seven installments in this franchise haven’t given you an idea as to what to expect visually, then I doubt anything I will say here will make a lasting impression. Simply put – wow. With each new film, the stunts get a little more extreme (as do the cars) and this one is no exception. This isn’t the first Fast and Furious movie to be available in 4K, but it is the latest.  What can I say? Colors are spot on, detail is sharp as a razor and the HDR really showcases some of the beautiful automobiles. Contrast is strong. Black levels are solid. It checks all the boxes. This is an amazing-looking picture.

As if we really had to ask, the included DTS X mix on the Ultra HD and Blu-ray (bonus!) is stunning. Yes, stunning. Fans of the series will know that every channel is utilized in these films from engines revving to tires screeching and gunfire (and explosions) add to the allure. Vocals are sharp and crisp. The Rock’s deep, commanding voice stands out against Diesel’s grizzled and raspy vocals.  Surrounds add atmospheric ambiance, the LFE don’t get the break they usually do in movies and if you want one to showcase your system – this is it (actually any of the films in this series are, but you get the idea).

The majority of the supplements are on the Blu-ray, while the 4K disc only contains the commentary by F. Gary Gray.

A frustrating and middling entry in the Fast series, Fate shows serious signs of franchise fatigue. It delivers what we’ve come to expect from these films as far as action goes, but the story here is what’s weak. The rogue angle also feels out of place here and misused as well. The hardcore fans of the series will have probably already seen this, but even they might be burned out with this entry. 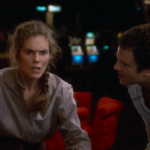 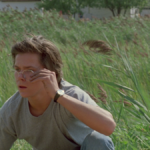