Religion isn’t a big part of my life. I’m probably in the minority and I’m sure I’d change my mindset if I knew I had 30 seconds to live. Don’t get me wrong, I don’t chastise those that have faith – it’s just…not me. An extended family member of mine is a minister and he’s quite possibly the worst person I’ve ever known. Ok, maybe that’s a bit harsh but I know he’ll never read this so I can get by with saying things like that. That and I don’t really care what he thinks of me. That said, I have to admit that I found Father Stu a bit more inspirational than I’d initially expected. Mark Wahlberg plays the titular character and he is a devout Catholic (I’d converted to Catholicism when I got married, but as you can see – it didn’t really take). The film gives the actor a showcase for some of his comedic talent, all the while showing that the Lord does work in mysterious ways.

Wahlberg plays Stuart Long, a fast-talking schemer who can be charming and who won’t take “No” for an answer. He’s unemployed, drinks too much and has had the additional run in with the long arm of the law. I like him already. He meets Carmen (Teresa Ruiz) and asks her out for dinner. She declines. In an effort to get to know her better, he finds out that she’s heavily involved with her Catholic church. Stu starts to attend Bible study in an effort to get to better know her. It works and soon the two are dating. However it so happens that Stu actually starts to get into Catholicism. After surviving a horrible motorcycle crash, he decides to become a priest. Carmen isn’t sure what to think. His mother (Jacki Weaver) and father (Mel Gibson) aren’t too savvy with the idea. They openly mock him and Stu has to convince a skeptical Bishop (Malcolm McDowell) to let him try. As we might have guessed, he uses his own past as inspiration for his newfound devotion.

I won’t go so far as to say this is a “feel good” movie, but it does have some pretty interesting themes. I’m always a bit curious about these “true life” stories that make it into feature-length films and this is no exception. As is the case with most all of Wahlberg’s films, it’s essentially “his” movie (perhaps Uncharted is one of the few to break that tradition). The cast is fine as well, it’s nice to see Malcolm McDowell still in films, even if it was a smaller part. And despite some of his personal issues, I still find Mel Gibson to be entertaining. He’s got some comedic talent as well and though it’s not on full display here, it was a treat to see him in this role. I don’t see myself turning my life over to the lord, but I have to have a bit of respect for those that do. Father Stu might not be a family movie, but I do admire the message.

There’s nothing all too special about the way this looks, then again there really isn’t supposed to be. This is a standard run-of-the-mill “new to the format” film that looks, well, just as we’d expect. Interiors are well lit, offering up a generous amount of detail, flesh tones seem warm and accurate and overall the picture quality is excellent – this may or may not be a good thing when looking at Mel Gibson’s beard! The wide 2.39:1 AVC HD image is indicative of what Sony offers up on all it’s new releases. It gets the job done, all the while looking splendid in the process.

The included DTS HD Master Audio mix does have a few moments that really pack a punch. And if you’ve seen the film, you’ll chuckle to yourself because it was an extremely clever remark. All kidding aside, the opening sequence in the boxing ring is the height of the audio (see…get it now?). Vocals are sharp and crisp, and the front stage takes the burden of the mix. It’s a simple, yet effective use of sound and again – on par with every new film. It gets the job done.

I tend to question the film’s R-rating. I felt that it could have perhaps reached a larger audience if it’d gone for the PG-13 rating instead. Nevertheless, it’s a good showcase for Wahlberg and Gibson all the while telling the real-life tale of Stuart Long. Sony’s disc is, as expected, good-looking and sounds great as well. Extras are a bit spartan with a lot of bullet points, but lacking any real content. 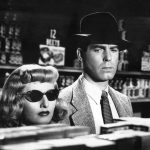 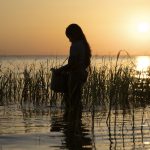