Based on the late August Wilson’s stage production, Fences not only is a strong showcase for Denzel Washington, but for Viola Davis as well. Actually, there really isn’t a bad performance here. In fact, the performances are so strong that they do make up for some of the film’s shortcomings. You might look at the cover art for this film and think it’s some feel-good feature, but that’s very far from the truth. You have to wonder who decided to go with that cover art as it rings seriously false for a movie that’s anything but feel-good. This is Washington’s third time to direct a film, and he keeps things moving along nicely even if he can’t quite escape the limited reach a film like this has.

Troy Maxson (Washington) is a sanitation worker in the 1950’s who constantly brings up his past and is more than a little bitter. It seems every chance he gets to give some long, drawn out speech, he takes that chance. Now in his 50’s, he often speaks of how his race kept him from becoming a Major League baseball player. He still has quite a swing and spends most his nights outside in his backyard swinging. His wife Rose (Viola Davis) is more than a little patient with Troy and more than fulfills her duties as a wife. She is very much an accurate housewife of that era. Dinner is always ready as well as other household chores. They have a son, Cory (Jovan Adepo) who’s close to leaving the house for college. He’s close to being offered a football scholarship, but his dad seems determined to keep that from happening. This is one of the many conflicts that creates tension within the household. It becomes clear rather quickly that Troy fears his son will become a better man than he ever did. He also fears that his son’s race will limit him as well. We hear him tell his son that he’ll never even get to play. There are various other characters throughout the film that pop in and out, including Troy’s brother, Gabriel (Mykelti Williamson). We learn that he has severe brain damage from a previous war injury. He scurries the neighborhood speaking gibberish and Troy often looks after him.

There is a lot going on here, but much of it does become repetitive over the course of the film. I did enjoy much about Fences, but only to a point. There were more than a few moments here that I rolled my eyes wondering when Troy would go off on another tangent and give some long, drawn out speech. This is likely the stage production roots for which it can’t quite escape. What might work well on stage can seem overdone in a film. We’re treated to only a few locations as the majority of the film takes place in the Maxson household. There are some dramatic moments, especially between Troy and his son that do get somewhat intense. It’s those moments that show just how great of an actor Denzel Washington is. I admit I enjoyed this film, but I think I just expected a bit more. It entertained me as I watched it, but didn’t leave me with anything. I still think it’s worth a viewing for the strong performances, but much of it feels overdramatic.

While the visuals are a bit limited in that the film’s setting is somewhat restricted, the transfer still satisfies. The image is AVC encoded with a 2.40:1 ratio. Details are strong and flesh tones accurate. Background details remained clear and defined as well. There were no print flaws detected, but it’s such a recent film that I was only expecting the best in terms of visuals. All things told, fans will be pleased.

Admittedly, this is a more “talky” film, so don’t expect an overly robust track, but the DTS HD track still serves the film in an appropriate manner. Vocals are at the forefront here, so the track delivered the goods in that respect. The music does kick in from time to time and is nicely done, but the dialogue is the selling point here. The track does the film justice.

Fences is certainly an interesting film, and one worth watching for the performances if nothing else. I just think it got to a point where I wanted more from it. Make no mistake: it’s still a solid flick and one worth seeing. I was just hoping for a little more. Maybe that comes from having Washington in front of and behind the camera. I’d advise a rental before anything else. I’m not sure how often I’d revisit this film, but it is worth seeing once. 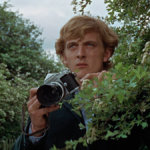 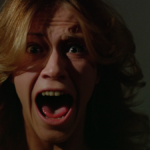