The sea scares me. Really, it does. Was it because I saw Jaws at an early age? Probably. But that’s the part of the sea that I can’t see and, I feel, is the more mysterious portion. But what about the weather? The sea itself. Ever seen a storm front come in and make you wish  you hadn’t had a big breakfast? Ever seen a wave the size of a house coming at you? Ok, me neither. But what really astounds me is the sheer magnitude. I’ve been on a few cruises and some of those take a day or so to get to their destination. I sit, looking over my balcony just imagining how immense and massive everything really is? How many bodies are at the bottom? If I fell overboard, is there a chance in hell that they’d find me? Doubtful. This, my dear readers, is what scares me about the sea. But there are those who aren’t afraid and not only embrace the sea, but give their lives to help others. The Finest Hours recounts one of the most daring rescue tales by the U.S. Coast Guard and let me tel you – it does nothing to quench my fear of the sea.

In the winter of 1952, New England was battered by the most brutal nor’easter in years. As the weather wreaked havoc on land, the freezing Atlantic became a wind-whipped zone of peril. In the early hours of Monday, February 18, while the storm raged, two oil tankers, the Pendleton and the Fort Mercer, found themselves in the same horrifying predicament. Built with “dirty steel,” and not prepared to withstand such ferocious seas, both tankers split in two, leaving the dozens of men on board utterly at the Atlantic’s mercy. The Finest Hours is the gripping, true story of the valiant attempt to rescue the souls huddling inside the broken halves of the two ships. Coast Guard cutters raced to the aid of those on the Fort Mercer, and when it became apparent that the halves of the Pendleton were in danger of capsizing, the Guard sent out two thirty-six-foot lifeboats as well. These wooden boats, manned by only four seamen, were dwarfed by the enormous seventy-foot seas. As the tiny rescue vessels set out from the coast of Cape Cod, the men aboard were all fully aware that they were embarking on what could easily become a suicide mission.

If inspirational movies are your thing, then look no further. This is the kind of movie that they’ll say in the trailers “…makes you want to stand up and cheer!” While I’ve never stood up and cheered at a film before, this one really did do something for me. My Dad, a licensed sea captain and avid sailor, has been asking me for this since it hit theaters (he doesn’t get the concept of the film running its course in theaters and then hitting Blu-ray). I’d actually gave this to him to watch before I gave it a viewing. And, ironically, doing the course of this review I realized that there is a U.S. Coast Guard training facility right down the street from me. I’m not sure how many of them there are, but I’d have to imagine that they’re prevalent on each coast, no? I’m getting sidetracked. Nevertheless, the cast are all superb in their roles. Chris Pine, taking a break from heading the Enterprise, leads the pack and with stars like Eric Bana, Casey Affleck and Ben Foster supporting him – it’s a win/win situation. While not for the feint of heart, it’s a thrilling ride that’s sure to please.

Disney’s day and date Blu-ray releases are among the best out there. The Finest Hours is more like a victory at sea movie in the sense that it’s dark, there’s a lot of action and seemingly everything is always in motion. I mean…it is the sea, right? Having said that, the 2.39:1 AVC HD transfer is nothing short of spectacular. It’s hard to really point out any “errors” in the transfer since there is so much going on. Flesh tones seem a bit on the warm side, detail is precise and contrast and black levels work seamlessly with one another. I really found nothing to complain about and I doubt many will. This is indicative of a new to Blu-ray film and it delivers the goods.

Now this is where the movie shines. I don’t care what film you watch about the ocean, when it comes to the audio, it can sound flat out amazing. The included DTS HD Master Audio soundtrack makes you feel like you’re out there in the middle of it all. Waves crashing, surrounds adding splashes of water and the LFE churning out the bass like you wouldn’t believe. The wind alone makes it sound so lifelike that I was constantly craning my neck around to see if I could pinpoint the source. Vocals are, of course, strong and precise. Pine’s deep voice leads the way and the entire soundtrack can be summed up as an experience to say the least. Long story short – this sounds amazing.

Along the lines of films like The Guardian or The Perfect Storm, The Finest Hours shows how unyielding the sea can be. It’s also a story of hope and survival that’s sure to inspire. The technical quality of the film is amazing, the sound alone is worth the price of admission! While the extras are a little stale, it’s still well worth a watch and a testament to those who give their lives to save others. 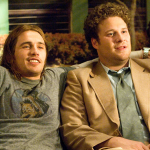 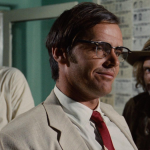