Warner Bros has recently been releasing a line of films on Blu-Ray under the umbrella of the Archive Collection. I have been steadily impressed with the films they have been releasing. The films have been diverse choices ranging from classic film noir to not-so-well-known musicals. I was excited earlier this week when I received one of their new releases The Boyfriend, and then was dismayed to find that despite the great technical specs I felt nothing for the film. Even though that musical did nothing for me, I decided to watch another musical that they had released Finian’s Rainbow to see if I could have better luck. Finian’s Rainbow is a 1968 film version of a Broadway musical from the forties. The film was directed by a not-so-well-known director named Francis Fire Coppola. The film starred an aging but still charismatic Fred Astaire. With their involvement my interest was peaked and despite my most recent musical experience I delved into the film.

The story of the film begins with Irishman Finian McLonergan (Fred Astaire) and his daughter Sharon traveling across America. They have emigrated with a pot of gold from some leprechauns in Glocca Morra to be closer to Fort Knox. Finian believes if he buries it near enough to Fort Knox the gold will multiply. Then he can return the gold. They end up in a town by the name of Rainbow Valley somewhere in “Missitucky.” Rainbow Valley is having problems with a racist senator who is trying to call the loans on their debts to take their property. Luckily the town has a traveling guitarist that helps to pay down the debts named Woody Mahoney. As Sharon begins to have a relationship with Woody, a leprechaun named Og tries to reclaim his bucket of gold before he becomes completely mortal. Because Finian has the gold the leprechauns can no longer grant wishes. Woody plans on revitalizing the area with his botanist friend Howard by planting tobacco in the region. As geologists reveal to the senator that gold is on the land he had tried to buy, he begins to plot to steal the land from the sharecroppers. His law would force the sharecroppers off the land for having blacks and whites sharing the same property. This is where the film gets really interesting: a wish is made by Sharon that the senator would turn black so he could understand the damage his laws are doing. The wish comes true just in time for all the sharecroppers to begin looking for the gold.

I had absolutely no idea what to expect going into Finian’s Rainbow, but I found it to be an effectively entertaining musical. It is incredibly well-shot which should come as little surprise considering the pedigree of the director. The performances are enjoyable with solid turns by Fred Astaire, Petula Clarke, and Don Francks. Some reviewers at the time were pretty brutal in how aged Fred Astaire looked, but it didn’t affect his performance in my eyes except for his movements are slower than at his peak. Other reviewers pointed out how annoying Tommy Steele was in the role of Og, and I agree completely with their assessment that his character is extremely annoying, but I can’t tell if the actor should be blamed for that or the writing. Like most musical fantasies, the story must be taken with an extreme grain of salt and some people will probably not be able to get into the rhythm of the film. I found the story a little bit idiotic at times, but the movie held my attention. I also liked how the film addressed racism, which must have been a brave move when it appeared on Broadway in the Forties. The songs in the film by Ray Heindorf are consistently engaging and well performed. The movie’s biggest downfall is that the film clocks in at almost two and a half hours which just seemed a bit too long. Aside from that, this film is a good example of a big Hollywood musical with excellent production values. While not perfect, it is much more interesting than many that you could watch. I really enjoyed the last half of the film where it gets a bit bonkers.

Warner Bros. did a fantastic job on the transfer of the film using an MPEG 4 AVC codec of a new 2K restoration. Fans of the film should be very pleased with the meticulous attention to detail that this transfer has been given. This film was shot in Panavision with mostly wide shots so the Blu-Ray treatment brings out a lot in the film. The colors are bright and lovely and the clarity is solid although occasionally the film can drop into some softness. The visuals are essentially as good as you can get for a film that is almost fifty years old, not surprising considering that Coppola directed the film. Fans will be extremely pleased. This is another great example of the solid job that Warner Bros. are doing on their archival releases.

A DTS-HD Master Audio 5.1 track has been included which sounds pretty good. The front speakers are used the most in the mix, but the other speakers still add a lot to the mix. Clarity is very solid. I did not detect any dropouts or notable hiss. The film has a very natural sound in the mix that benefits from the 5.1 treatment. I was very impressed with their work here. Excellent stuff.

Finian’s Rainbow is a good musical and well directed. The film has a few setbacks (a couple annoying characters and a long running time,) but the good far outweighs the bad. I especially enjoyed the last half where the film gets a little bonkers. The transfer of the video and audio has been given great care by Warner Bros. If you are a fan than I would not hesitate to pick this one up. If you are undecided, I would recommend a rental prior to a purchase just to see if it is up your alley. 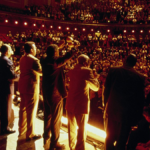 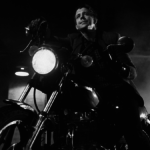