I had little hope for Fist Fight when I saw the ads. Without overstating things, it simply looked lame to me. The premise sounded weak, and I’m not the biggest fan of Ice Cube or Charlie Day. I think those two work better as part of a larger ensemble, but together headlining a film? Not really a dream cast in my book. It should come as no surprise that I found the film to be a mostly unfunny waste of some 90 minutes or so. Despite a few very mild chuckles, it’s mostly a laugh-free affair.

It’s the last day of school before summer break and we’re introduced to Andy Campbell (Day). He’s a fairly mild-mannered, passive aggressive English teacher who fears who could be potentially losing his job due to cuts. There are various pranks being played around the school on this day, but Andy doesn’t seem to be bothered too much by that. After all, in just a few short hours, he too will get a break for the summer. A teacher who is bothered (by seemingly every little thing) is Ron Strickland (Ice Cube). He even has issues with the fancy coffee machine in the teacher’s lobby. Andy assists him one day, despite being somewhat intimidated by him. In fact, most of the other teachers and students are. Strickland has the sort of “No nonsense” outlook on things. This, despite his students still playing jokes on him. He asks Andy to help him with his dated and seemingly faulty VHS player one day. Turns out, one of the students has a second remote that he uses to keep clicking the power off so they can’t watch a video. Andy realizes this, and tells Ron. After that, Ron flips out and smashes a student’s desk with an ax. When the principal finds out about this, both of these men’s jobs are on the line. Eventually Andy spills the beans and admits Ron is at fault. Ron gets fired and then commits to fighting Andy after class. That’s pretty much the premise. We then see Andy try to bribe a student to help him out and ask the other teachers for their help. Really, it’s all more than a little silly and mostly unfunny.

Fist Fight earns its R rating mostly with foul language and some pretty intense scenes, especially toward the end. Sadly, the film is mostly a dud. I admit that I checked my watch on more than a few occasions. We get supporting roles from Jillian Bell, Tracy Morgan and Dean Norris, but they can’t salvage this mess. It starts with the lame script that never gains momentum. It just sits there without any wit or reason to exist. It’s as lame as I had feared. It’s hard to think of who would even really enjoy this film. Day does his usual annoying antics, mostly screaming and acting like a buffoon. Cube doesn’t challenge himself either as he looks bored to be in this film. Heck, I don’t blame him. I was bored watching it. Chalk upFist as a disappointment, but that should come as no surprise. Did anyone really expect otherwise from this film?

The film might’ve sucked, but the transfer gets a passing grade. While not the most visually appealing film, things still look fine here. The transfer is nice and pristine and details sharp throughout. Background shots are nicely detailed as well. All the usual fixings here, no complaints. It’s just the film itself that sucks, but I digress.

We get the expected results here from the DTS HD track. Vocals were fine, we hear a lot of Day’s screaming and whining throughout the film, but it’s presented clearly. Background banter through the school comes through nicely as well. Vocals sounded crisp. The track works well for the film.

I didn’t expect much at all and the film delivered just that. I was mostly bored through the brief running time, which felt a lot longer than what it actually was. Built around a flimsy premise, Fist Fight is just a lame, unfunny film. The less said about it, the better. Skip it. 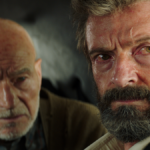 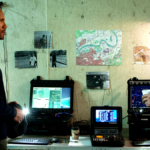