Maybe I am out of touch with low budget action films, but Fortress: Sniper’s Eye is a sequel to an earlier film. I haven’t seen the first one, but after viewing this one I hope to never have to endure that pain. This isn’t the worst action flick I have ever seen, but it’s certainly bottom of the barrel. I did some research and Emile Hirsch has a credit on this film for coming up with the story. Hirsch himself should know better by now as his recent Pursuit was another terrible action flick which should have never been made. It is no secret that Bruce Willis has been diagnosed with Aphasia recently. I realize there is some sensitivity on the issue. I bring this up because he stars in the film in a small role, but he is no stranger to films of this sort, especially in the later half of his career. That aside, this film will get no empathy from me. Incomprehensible is a good word to describe the mess that is presented here. I will try to discuss what plot there is.

Our villain is Balzary (Chad Michael Murray) and he has been shot by Robert (Bruce Willis). It is then decided by Robert to go and rescue Balzary’s kidnapped wife from gangsters. There’s then some computer talk, shootouts and fight scenes, but none of which you will care a thing about. Oh, and we get some flashback sequences as well. The central rescue plot might be ok in a better film, with more interesting characters and better actors, but that wasn’t meant to be. There are also characters whose motives may or may not be murky. Again, caring about anything happening on screen is asking a lot.

My thoughts while watching this mess unfold before my eyes was did anyone really think they were making a worthy film? Surely someone, somewhere along the way might’ve known they were involved in a stinker. I suppose a paycheck to aspiring actors is a safer bet than declining roles that might not come at them often, but this thing is just bad. The only hope that you can all save your time and your sanity from having to endure this awful film. I took one for the team with this film.

The 2.35:1 transfer was mostly satisfying, but there were moments that had what appeared to be smudging, for lack of better word. Thankfully it only appeared in a few small scenes, but I felt compelled to mention it. Beyond that, things looked ok. Nothing about the transfer popped out at me, but overall, it had the expected look from an action flick of this sort.

We get a decent DTS HD track. The action scenes are a plus, but the vocals could’ve used a bit more crispness than what’s given. The channels stayed active throughout, and I think viewers (though I hope there aren’t any) won’t be let down.

Readers may have to forgive me for not giving the most detailed plot description, but you should try it for yourself. I’m kidding, don’t do that. Just take my word for it and avoid this absolute mess of a film. 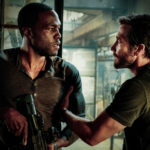 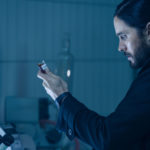