GoodFellas is, has been and most likely always will be one of Warner’s stars. It was one of the initial releases on the DVD format back in the mid to late 90’s and one of the initial Blu-ray and HD-DVD releases as well. In 2007, a Blu-ray DigiBook was released with a good-looking, but not great, transfer. Nearly a decade has passed and for the 25th anniversary of the film, a new transfer was created for the 25th Anniversary Blu-ray editions. Obviously that master has been used for this Ultra HD/4K release. Having spent the better part of a year watching these 4K films and their Blu-ray counterparts, I’ve come to a few conclusions…first of all, there isn’t a night and day difference in the way these look. The resolution, fine detail, contrast and everything else is nearly identical. The main thing that I notice (and this is just me, though I’m sure my conclusions resonate with other reviewers) is the color. The HDR (High Dynamic Range) is the main selling point for some of these films. When watching this new version of GoodFellas, I looked at a few scenes from the Blu-ray and then watched those same scenes from the 4K version. My finding was that the color seemed to be more “present” (for lack of a better word). Flesh tones didn’t appear flat and pasty, rather had hues of pink and seemed more natural. It’s as if everything looked as it looked to the naked eye as opposed to taking a picture of it. I know that’s an odd way to describe it, but that’s the best way I can communicate it. There’s just a warmer, deeper color saturation present in the 4K version. And unless you’re going back and doing an A/B comparison, it’s hard to pick up on. Given the choice, I’ll always favor the Ultra HD version, but Warner’s efforts here are noticeable.

Sadly, the audio is the same as it was on the 2015 Blu-ray’s. There is no new Dolby Atmos mix, it’s the same DTS HD Master Audio tracks. Originally presented in surround, the film was given a Dolby Digital 5.1 mix for its DVD release and then that same mix was used on the 2007 DigiBook. As with the video presentation, the newly-upgraded DTS HD Master Audio mix is essentially everything that I’d imagined it would be. Scorsese’s films don’t rely on the soundtrack, but it’s more of an extension of the film itself. Hearing “Beyond the Ocean” or “Layla” in uncompressed sound only intensifies the emotional impact of the movie. Vocals seem a bit cleaned up as well, not that they were bad to begin with. Ray Liotta’s deep, gravely voice narrates the film and it sounds crisp and robust. Surrounds are active and the LFE even have a few moments to shine (when young Henry blows up a car). The ending scene where Tommy fires the gun just before the Sex Pistols song – amazing.  No complaints here in the least!

2015 was the 25th Anniversary of this film and Warner put out not one, but two versions of this on Blu-ray. They’d done a wonderful job at re-mastering the picture and some new supplements were created for that release. Of note, the cover art had been changed to feature only Robert De Niro and Ray Liotta’s characters with a handgun at the bottom. I’m pleased to say that this Ultra HD copy has gone back to the familiar trio that has become synonymous with the film. The extras are the same as the two disc set (the single disc contained only the commentaries), however the 36 page book and the letter from Martin Scorsese are both missing – everything else is identical.

GoodFellas is a classic in the most sincere form of the word. Its lasting influence and critical acclaim over the last two and a half decades are a testament to that. It’s one of those films that, whenever I see it on, I watch it. The acting is superb and I simply love the storyline.  If, by some chance, you missed out on one of the two 25th Anniversary editions released in 2015 and have bee waiting for a 4K copy to arrive – the wait is over. 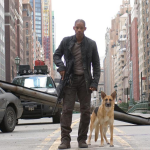 I Am Legend (Ultra HD 4K Blu-ray)
Next Article 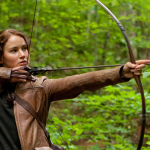