I don’t know what it is with movies about time, but for some reason they have, and will continue to, intrigue me. Such was the case with Happy Death Day, seemingly carbon copy of Groundhog Day or Edge of Tomorrow, but reimagined as a slasher flick. Ok, I was interested. And I liked the movie. Sporting a relatively no-name cast with a small budget ($5 million), the film went onto critical and commercial success, earning over $125 million worldwide. Evidently they’d already green lit a sequel before the opening weekend ended. And now, here we are, just a couple of years later with the next installment. The same cast is back, but can this plot work again?

Returning to the titular role is Jessica Rothe as Tree Gelbman. She’d successfully “conquered” the time loop that plagued her in the first installment, but this has now been transferred to Ryan (Phi Vu) – the Asian guy who would always bump into Tree as she rushed out of Carter’s (Israel Broussard) room. A science experiment that Ryan and his research team has caused this time loop and an in an attempt to get him out of it Tree is, in turn, sucked in. So yes, she once again wakes up in Carter’s bed on her birthday. Thinking she knows how she can defeat the killer (again), she’s dealt a losing hand when she learns that she’s actually in a parallel universe (think Into the Spider-Verse) and though the names and faces are the same, not everyone is what they were in “her” universe (some are better, and others worse).

I have to give credit to the writers as what made this installment nearly as enjoyable as the first was the script. They took what could have been an obvious grab for cash and made it into something entertaining. There are some not-so-subtle references to an antecedent, Back to the Future II, but once you get beyond that and have a good time – you’ll, well, have a good time. Oddly, there’s a poster for Back to the Future (not Part II) behind Tree in Carter’s apartment, which I don’t remember seeing the first time around. Anyway…the cast falls right back into place in their respective roles and I was once again entertained. This is more of a horror-comedy, whereas the first was more of a slasher flick, so if that’s an issue or you’re craving more violence, you’ll be let down here. As for me, I had fun and given the film’s box office ($65 million on a $9 million budget), I’m sure it’s only a matter of time (or space) before we see our friends again.

Since this is, by and large, the same movie as its predecessor, it should come as no surprise that Universal’s Blu-ray finds its way to the format sporting a very good-looking 2.40:1 AVC HD image. By and large, the color palette used is very colorful, save for a handful of nighttime scenes. I don’t know where the movie was filmed, bu the campus seems bustling with life and color (pardon the obligatory pun). Definition is razor sharp, the color spectrum is in full force and none of the usual ailments that might detract aren’t present here (artifacting, shadow noise, etc.). Suffice it to say this is another winner and with it being a new to the format disc, we shouldn’t be surprised.

Additionally, the included DTS HD Master Audio soundtrack has a few moments to shine and the usual “jump scares” that are a part of any horror movie got me a few times. By and large, the soundtrack is used to promote some ambiance with the surrounds at a party of a car chase scene. The vocals take front and center here and with great effect. It’s a pretty standard offering here and one that’s sure to please.

If there is such a thing, Happy Death Day 2U is a little more “family friendly” than its predecessor. But, to its credit, the film does take the somewhat tired Groundhog Day genre and gives it a fresh spin. Universal’s disc looks and sounds great with a few supplements of note, it’s a worthy successor to the original. 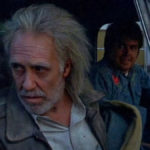 Melvin and Howard (Blu-ray)
Next Article 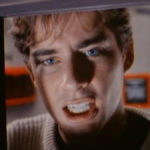