Nearly fifteen years ago, a single mother on welfare authored Harry Potter and the Sorcerer’s Stone (though in the UK it was called Harry Potter and the Philosopher’s Stone). The book went onto become an international best seller and, as they say, the rest is history. And this is it. This is what all the fans have been waiting for…sort of. You see the Harry Potter franchise is finite in regards to the written material. There were seven books. There will be no more. Warner Brothers has made a lot of money off of the Harry Potter movies and anyone knows that pleasing the fans is great, but pleasing the stockholders is even better. And so it was deemed that Harry Potter and the Deathly Hallows would not be one movie, but rather two. This was great news to the fans (who believed that some of the previous movies should have been split in half as well) as it gave the filmmakers a chance to explore the final book dotting all the “i’s” and crossing all the “t’s.” As someone whose read all of the Potter books more than once, I was elated to hear this news. But as anyone knows all of the good stuff happens near the end of the book. Nevertheless, the penultimate chapter in the Harry Potter franchise is now on Blu-ray so let’s dive in, wands first, and see what’s happening.

It’s been a rough summer for Harry (Daniel Radcliffe). His best friend and mentor, Albus Dumbledore (Michael Gambon) was killed at the hands of Severus Snape (Alan Rickman) at the end of the last movie. The Ministry of Magic is now in danger of being overrun by Lord Voldermort (Ralph Fiennes) and his henchmen, the Death Eaters. Harry, Hermione (Emma Watson) and Ron (Rupert Grint) are outcasts, forced to flee their homes and go into hiding. Hogwarts, their school, is no longer a place of protection for Harry and his friends, but rather the first place the Death Eaters will look. Harry is “Undesirable No. 1” and Voldemort will stop at nothing to get his hands on Harry. So what to do? Run! Harry, Hermione and Ron take off in an effort to avoid the Death Eaters, but have the added task of finding the horcruxes – pieces of Voldermort’s soul that are scattered around the globe. These horcruxes give him near immortality and if not found and destroyed, Voldermort will remain alive. And, in essence, that’s what Harry Potter and the Deathly Hallows: Part I is all about: running, hiding and waiting. That might sound somewhat dull in comparison to the other Potter movies, but I assure you that it’s not. We see some new faces, some old faces and we lose a few of them as well. Perhaps it’s just because we haven’t yet been exposed to the final movie in the series, but this is a necessary step in the series to reach the finale.

The main trio of the Harry Potter films aren’t kids anymore. They’ve spent more than half their lives on the set of the movies and their journey is nearly over. The franchise has become the top-grossing series of films in the history of cinema and we’ve still got one more movie to go. As any casual fan of the books/movies knows, the story of Harry Potter gets darker as the books progress. The first two were for the kids, but as we progress deeper in the series, we’re faced with much more drama, death and desperation. The absence of Lord Voldermort in the sixth installment (Harry Potter and the Half-Blood Prince) is more than made up for in this installment and he’ll play an even more important role in the final chapter. Diehard fans of the series will already know what the fates are for everyone involved, but to see it played out on screen is what it’s all about. I can prattle on about the movie and what’s forthcoming, but odds are that if you’re reading this then you already know. The wait is nearly over and this first installment of the final chapter is a necessary step.

The Harry Potter franchise is obviously one of the jewels in Warner’s crown and, as such, we can expect it to look as best as possible. As with the other titles in the series, this has undergone a new 2K transfer and is presented in 4K. Naturally a majority of the film is done via visual effects, from the house on Privet Drive to Ralph Fienne’s snake-like nose. We see so much detail in some of the scenes, the creases in the clothing, the distinction in the clouds, the scales on Nagini (Voldemort’s pet snake) are just a few of the examples of how good this looks. Some of the scenes seem to have a washed out effect and I noticed a bit of grain during some of the forest sequences. There’s a nifty little animated sequence that explains the Deathly Hallows that looks amazing. It’s a step up from the Blu-ray and if all the purists out there want to have Harry Potter looking its best – this is it.

The previous DTS HD Master Audio sound mix has been replaced by a next generation DTS X mix that really does improve in a few areas. As I mentioned, a majority of the film is void of action as it focuses on the trio and their quest for the horcruxes. Thus this is very dialogue-driven and it sounds very strong and well-focused. As we might expect, there are several action scenes that utilize all 7.1 speakers giving a very compassing effect that really brings you into the film. Like the other Harry Potter films, the technical aspects have never been anything to complain about and this new next generation audio format pulls no punches.

As with the other Ultra HD discs, most all of the content from the previously-released Ultimate Editions has made the cut here. This three disc set has tons of information on it.

Disc One – Ultra HD (no supplements)

It might be argued that this marketing ploy by Warner set the standard for the future “two part” endings for movies like The Hunger Games and Twilight. It not only allows the story to be told in more detail but, let’s face it, makes the studio double the money. There’s not a lot of action in this first part, but it’s by design. The new picture and sound are both improvements over the already-released films and if you’re a fan (and I’m willing to bet you are if you’re reading this), picking this up in 4K is a no-brainer. 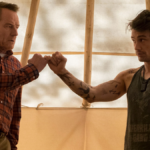 Why Him? (Blu-ray)
Next Article 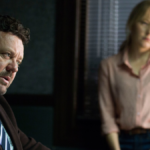