I always enjoy checking out films that sort of sneak up on me. I had heard nothing about The Hero before being asked to review it. Usually there’s a good reason for this: the film is crappy. However, in this case, this film was a pleasant surprise. After something of a slow start, it really started to work its way on me. The basic plot isn’t the most original nor complex, but that doesn’t matter. It’s the execution that’s so well done and understated. It also showcases a strong performance from Sam Elliot in the lead.

Lee Hayden (Elliot) is a Hollywood legend. He’s best known for the westerns he did many moons ago. While he’s somewhat out of the limelight now, he spends his days smoking marijuana with his dealer, Jeremy (Nick Offerman). He also used to be an actor, but turned to this life instead. This seems to be how his final years will be spent until a cancer diagnosis shifts his perspective. He then decides to reconnect with his estranged daughter, Lucy (Krysten Ritter). He also begins a relationship with a girl named Charlotte (Laure Prepon), who could very well be his daughter’s age. Lee does wonder why she shows an interest in him, but the two do seem to hit it off. We learn that Charlotte is a comedian, and one night Lee goes to one of her shows only to be the butt of her jokes. We then follow these relationships over the course of the film.

As mentioned earlier, The Hero isn’t exactly the most original film, but it kept me with it. It has its heart in the right place and is a good diversion to some of the other stuff that floods the mainstream market these days. It did start off a little slow, but slowly started to grow on me as it progressed. The acting from everyone is on point and the film even gets a bit emotional at times. It never feels like a cheat, though. It also thankfully doesn’t overstay its welcome. We’re given just enough time with these characters to follow their journey. The Hero makes for a good watch.

Lionsgate brings The Hero to Blu-ray sporting a 2.35:1 AVC HD image. I naturally assumed anything with Sam Elliott would be a western, but that’s certainly not the case here. Rather the film gives us plenty of shots of Hollywood and places around that town. Elliott, in his 70’s, still sports an amazing mane of hair and it’s epitomized with the detail in this transfer. Colors are warm and soft for the most part, though Laura Prepon’s raven-like hair is a bit distracting (I’m used to seeing her natural red locks in That 70’s Show). Nevertheless, it’s a good-looking image that will leave the viewer satisfied.

A fairly standard DTS HD Master Audio track has been included and, again, anything with Sam Elliott will showcase his trademark deep voice. Vocals, aside from Elliott’s sound fine. We get a pretty light and almost playful soundtrack mixed in with some ambient effects. It’s a dialog-driven movie if there ever was one. That said it won’t disappoint.

Well-acted and with its heart in the right place, The Hero earns my recommendation. I’d advise a rental. 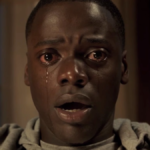 Get Out (Ultra HD 4K Blu-ray)
Next Article 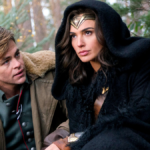