I enjoyed 2017’s IT even if I felt it worked better as a coming-of-age film than an actual horror film. The film got a little carried away with the CGI as well, but it was an enjoyable enough film to leave me craving the second chapter. The TV film from the 90’s was one concise film with the adult version of the story acting as the second part. I like the splitting up to allow both of the films to breathe and give us good character development. Both chapters can drag at times, but had they released this as one film, it would’ve felt like an endurance test I’m sure. Ultimately, I think both chapters have their merits, but I may be just a wee bit partial to chapter 2. It doesn’t quite stick the landing, but it does provide enough entertainment value to warrant a viewing. The performances from the cast are also terrific across the board, especially Bill Hader and Jessica Chastain.

For those familiar, the 2017 film took place in 1988 and “The Losers Club” feared his return and now, 27 years later that has occurred. Pennywise (Bill Skarsgard) is back and the 7 friends agreed they’d reunite should the day come. Mike Hanlon (Isaiah Mustafa) is the only one of the friends who still lives in Derry and he contacts the others, but unfortunately they are one friend short as Stanley Uris (Andy Bean) chose to end his life rather than deal with this again. One thing this chapter does well is let us know exactly which characters are which in their adult counterpart. Obviously we know who Mike is and the Jessica Chastain character, but it provides enough flashbacks to make sure we’re not out of the loop. I say this, but I can’t imagine anyone would view this version without having seen the first chapter, but stranger things have happened. I especially enjoyed the first half of this chapter as it was fun seeing the characters together again and catching up. There are some genuine moments to be had as well as some amusing bits. The film can drag a bit at times, especially in the middle stretch, but it never stumbles too badly that it loses us. The good cast and characters we’ve grown to know and care about certainly help matters here. Pennywise gets just enough screen time and while the experience wasn’t the most frightening I’ve seen, it gives us enough jolts for our money.

Now having seen both versions and having them available, it will be interesting to view them back to back and help make it a more complete experience.

The 2.40:1 transfer is excellent all around but that doesn’t surprise me as it’s a recent film and filmed digitally. Expect my usual comments here as the print is pristine and details strong throughout. There’s a 4K release, but this Blu-Ray leaves very little to be desired. Definition is strong and the film gives us plenty of board visuals to make this a rewarding experience.

Also strong is the Dolby Atmos track which keeps us involved continually throughout the film. This is quite the atmospheric film so we are really put in the center of the action. Even if you don’t have the most elaborate setup, you should feel pleased with the results here. The vocals have the expected clarity and you might need the remote close to adjust the volume when the louder sequences hit.

There’s a lot to enjoy about this second chapter even if it doesn’t always fire on all cylinders. I feel I enjoyed it a bit more overall than the previous version, but both have their merits. The first hour or so does a lot better. It drags at times during the second half, but all comes to an emotional close. Recommended. 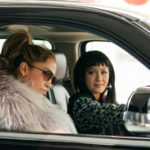 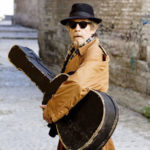