If you consider yourself a film buff or at least someone who’s seen a lot of movies, odds are that a James Cameron film has crossed your path. If not, I don’t think you can manage to watch movies for as long and still avoid at least one. Cameron is responsible for some of the top grossing films of all-time. He’s responsible for The Terminator series (though I really only count the first two), The Abyss, True Lies, and two little movies called Titanic and Avatar. He was notoriously difficult to work with, so much so that the crew on the set of The Abyss had T-shirts made that said “You can’t scare me, I work for James Cameron.” I have to imagine he was flattered.

Having said that, Cameron seems to have turned over a new leaf in his older years and in 2018 AMC showed a series of six episodes simply entitled The Story of Science Fiction. In these, Cameron sat down with some of the biggest names in the business to discuss the genre as well as exploring (something Cameron loves to do) some of the more intricate elements of it. This is, simply put, six episodes with Cameron trying to get to the root of the films they look at, their inspirations, antecedents and everything in between. And, honestly, it’s pretty fascinating.

For reference, the titles of the six episodes are:

I’m of the mindset that anything involving James Cameron will look and/or sound good from a technical perspective. And that’s the case here. Though not a “movie” by any means, this is set in a futuristic-looking studio and the included 1.78:1 AVC HD image certainly looks spot on amazing. Lighting is nice and we get interviews with Cameron, a slew of stars as well as some very notable directors. These aren’t archived interviews, either, the were shot for this series. I really couldn’t find anything to nitpick. Colors seem rich and bold, black levels consistent and strong and it’s a bit better than the original HD presentation that showed on AMC a couple years ago.

Admittedly, this is one James Cameron project that isn’t going to test the limits of your home theater system. The DTS HD Master Audio 2.0 mix is more than sufficient as the majority of this is dialogue-driven. There are clips from many of Cameron’s films and a slew of others, all looking and sounding fairly decent. Being a stereo mix, there aren’t any directional effects to speak of, but for what it is – this does the job nicely.

Love him or love to hate him, James Cameron has made an indelible impression on the world of filmmaking and the Science Fiction genre as a whole. Cameron, admittedly, has chilled out as he’s aged and seems a lot more down to earth in these interviews. There are some top notch talent and A List actors who are a part of this as well. Fans of the genre and/or Cameron will certainly enjoy. 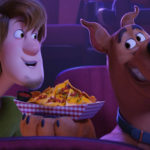 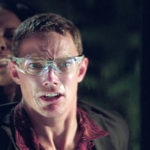