I was never a “team sport” player. Come to think of it, I’ve never really been a “team player” either. That and a few other things have led to me sitting in the dark writing sub-par reviews of DVD’s, Blu-ray’s and 4K’s. Ok, I kid, but still…I did play baseball as a kid, though all of my other sports I chose to partake were of an individual nature: golf, tennis and swimming. Tennis was probably the one that got the most attention from me. I was good. Real good. I had an instructor in New York who was coaching my brother and I; she said “If I could take Matt’s natural ability and combine it with the sheer grit and determination of his brother, we’d have a world champion on our hands.” My response was “Yeah, well, you can’t. So let’s work with what we got.” Truthfully it’s that kind of attitude that probably prevented me from becoming even better than I was. My personal life stories aside, tennis is a sport that doesn’t get a lot of attention. But two women have changed all of that – Venus and Serena Williams. This is their (and their father’s) story.

Richard Williams (Will Smith) lives in Compton, CA with is wife, Brandy (Aunjaneu Ellis) and their five daughters. Richard has a plan for all of them, each designed to lead them to success. For Serena (Demi Singleton) and Venus (Saniyya Sidney), it’s tennis. He wants them to be the best in the world. He’s trained them as good as he can, but they need a professional coach to take them further, but no one he approaches shares his sentiment. That and it’s hard to take two black girls from Compton seriously in a mostly white-dominated sport. But eventually Richard manages to convince Rick Macci (Jon Bernthal) to take the job. Rick’s tough, not only on the girls, but on Richard as well. It’s got to be done his way, no matter what. If you’re familiar with the sport of tennis, you’ll know that Rick was successful in his endeavors.

There are many who felt that this shouldn’t have been a feature-length film. But with Will Smith involved, that changed. And this really is his movie. With due respect to the actresses playing Venus and Serena (they were great), but Smith does manage to deliver a great performance. And it does seem odd that with two such notable names as Venus and Serena Williams, that the film focuses on their father. Nevertheless, it works and what we’ve got is something pretty special. My only complaint is that the film does seem to gloss over some pretty important issues, namely racism. Anyone who’s familiar with the stories of Venus and Serena knows the hurdles they had to overcome to get where they are. In the “feel good” department, the movie double faults there. I also feel it’s about 30 minutes too long, but that’s just nit-picking. Anyone interested in this genre of film will enjoy it, others might just want to see what Will Smith is capable of, acting wise.

Being a new movie, we know what we can expect. And this delivers, in aces (sorry, couldn’t resist). The 2.39:1 AVC HD encode looks crystal clear, clean and nearly flawless for all of its 144 minute running time. Naturally a lot of the film takes place outdoors, so blue skies, green tennis courts and the like all persist. Detail is sharp as a tack, colors are bold and bright giving us a nice picture. This one checks all the boxes and there’s only so many ways to say “this looks good.” Game, set and match.

I’m always a bit giddy when I see a Blu-ray that sports a Dolby Atmos track. Why? It seems that to get the “best”, there’s always a need to pay for it. And that’s not the case with King Richard on Blu-ray. We get the same Atmos track that’s on the 4K version. While this isn’t one of the better movies to showcase such a track, it’s used effectively. The smash of the tennis ball on the racket, the screeching of the shoes on the court and vocals all sound as best as they possibly can. Likely most anyone reading this won’t be in center court in London, but this one makes you feel like you’ve got a front row seat.

A bit long, but inspirational nonetheless, King Richard is one of those films that’s good, but not great. Will Smith’s performance elevates the film to a higher level and though it’s nice to see a feature-length film on Venus and Serena Williams – this one will likely be remembered for Smith. Warner’s Blu-ray looks good, so unless you need that little bit of extra resolution or HDR, stick with the Blu-ray – it’s got all the same features as the 4K as well as the same Dolby Atmos track. 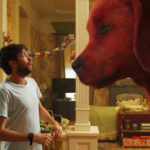 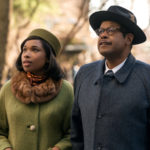