The lovable panda, Po (Jack Black) returns for this third outing which finds him battling another Kai (JK Simmons), which we learn a bit about in the prologue. I remember back in 2008 when I saw the previews for the first film, and not thinking much about it. I then saw some of the positive reviews for it, and that got me intrigued. I saw it in theaters and enjoyed it quite a bit. Definitely much more than I had anticipated. I can’t say, however, that it left me wanting more. I did see the second film, but can honestly remember very little. All I remember is enjoying it, but not as much as the first film. When all is said and done, this third chapter pretty much offers more of the same. There’s a lot going on in its 90 some minutes, which definitely seems longer than that. I think the fans that have stuck with these films so far will enjoy this chapter. With that being said, I don’t necessarily crave a 4th outing.

This time, in addition to battling a new villain, we’re introduced to Po’s father, Li Shane (Bryan Cranston), who reunites with his son. There’s a lot more that happens here, but ultimately it’s up to Po (once again) to defeat the enemy. Panda 3 sure does throw a lot of things at us during its short running time. That’s one of my issues with this chapter is that so much of it feels like filler. There are laughs to be had, but nothing that I didn’t get the first time. Maybe it’s just a victim of being the third chapter in a series that didn’t need two sequels to begin with, but it feels tired. This was a similar problem I had with all the Shrek sequels. They just felt like they were milking the cow. There are some positive themes running through this film, but much of it simply feels unnecessary. I do think Simmons did a good job as the villain, but I do prefer the first film’s villain as he seemed more menacing and took the “no nonsense” approach. There are also stretches where this chapter strays too far from the main storyline. This can’t help but slow the film down a bit too much. I admit that I did want to reach for the remote more than a few times to skip through some of the middle chapter. The climax gives us what we can expect: a big battle between Po and Li Shane. There’s more to it, but I’ll avoid revealing specifics.

I think we can all agree that even before viewing this film, our expectations are going to be set fairly high. Given that computer animated films, by and large, look downright amazing it would be a surprise if this looked anything less than spectacular. And it does. Kung Fu Panda 3, like its predecessors, just pops with color, detail and everything else imaginable that delineates a perfect transfer. The 2.35:1 AVC HD image is stunning. Textures in the fur of the characters, the detail in the backgrounds and even little things like the beams of light seem to give an almost ultra-realistic photo quality to the movie. Like pretty much every other film of this genre out there, this leaves absolutely nothing to the imagination.

In somewhat of a departure from the other two films, this one features a DTS HD Master Audio soundtrack (the others contained a Dolby TrueHD mix). Not that it matters much, but I found it a tad bit interesting.  That said, what’s included packs a punch (or a karate chop, if you will) at every given opportunity.  Vocals are pure and crisp, surrounds are extremely active in nearly every scene and the LFE really do their thing as well. The whole movie seems to have this rhythm to it that never stops. It’s like a perpetual motion machine in terms of audio quality. What’s that mean? I have no idea. Suffice it to say that this is one you’ll turn up and enjoy every second of – I did.

While not without certain charms, Kung Fu Panda 3 can’t overcome that tired, unnecessary feeling that plagues a lot of third chapters. That isn’t to say that third outings can’t be good (Dark Knight Rises, for one), but there was never a need for two sequels. I think the important thing is that the intended audience will enjoy it, and sometimes that’s what matters most. While it did little for me, I offer a mild recommendation for parents of kids who enjoy these films. All others should look elsewhere. 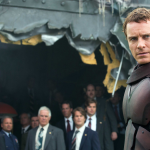 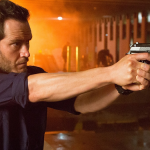