Natalie Portman’s career is one you should really experience from the beginning.  That’s because she arguably turned in her greatest performance when she was still just a kid.  Her turn as Mathilda in Luc Besson’s Léon: The Professional is as essential to making the film work (possibly even more so) than the also-excellent performance of Jean Reno as the titular hit-man.  The premise is simple: Mathilda’s family is murdered by a ruthless, corrupt cop (played with a contagiously savage glee by Gary Oldman).  She’s taken in by a hitman named Leon, who begrudgingly agrees to “train” her in his line of work.  In the process, Mathilda forges a plan to use her newfound knowledge to exact revenge over the death of her younger brother (the only one of her family who truly mattered to her).  During the course of the film, Mathilda falls for Leon, who naturally has to say no since she’s, you know, twelve.  If that type of tension (even when handled reservedly and tastefully) is something you can’t get comfortable with in a hurry, you’re probably not going to enjoy Leon very much.  If you can get passed that, though, you’ll find a film with a lot of heart and valuable lessons to impart on the distinctions of loving and being in love.  I’ve always personally believed that Leon only loved Mathilda, while she was in love with him.  And while I think that dynamic very likely changed in their final scene together, it’s more than appropriate in that context.

While there’s certainly action scenes to be found in Leon, the film remains a character study at its core, and it’s a very good one.  With its deceptively simple setup, this is a movie that constantly surprises and hardly ever takes the turns you think it will.  That’s for better and for worse.  Now, for what it’s worth, I didn’t fall in love with this film upon my first viewing.  In fact, it rather traumatized me.  While it’s an odd analogy, the only other movie I can think of that hit me like this the first time I saw it was Seven (also now one of my favorite films).  But I’ve often found that it’s the stories that I don’t immediately take to that keep coming back to me and ultimately feel more real, because they don’t just feed me the easy resolution I’m expecting.  They make me face the reality of the world with which I’m presented.  They’re uncompromising, and they tell a tale that unfolds as organically as things often do in the real world.  Those are the films that stick with you.  Those are the ones worth revisiting time and again, because they have something to say that’s true and reflective, and they force you to see that.  Leon is a great film because you absolutely believe in its world and in its characters.  The older I get, the harder it becomes to suspend my disbelief.  I believe Leon every time I watch it.

This is very much a Luc Besson film.  If you’ve seen some of Besson’s other works (like The Fifth Element or The Messenger), then you know how stylistically distinct his movies are, and this is no exception.  For lack of a better phrase, Leon just feels foreign – and I mean that as a compliment.  It’s utterly obvious that nothing like this would ever be made today, let alone by a major studio and with A-list actors.  Granted, the film we got in theaters wasn’t the Leon that Besson was making, yet the tension was still there; the implications still perceptible.  Releasing it at all was a calculated risk.  Fortunately, people have seen the movie over the years in the spirit with which I believe it was created.  In its extended form, Leon is a near-perfect film.  The movie’s success lives and dies by the relationship and (let’s be frank) the chemistry between Reno and Portman, and it’s simply astonishing from start to finish.  So long as you’re able to watch the story unfold without focusing on Mathilda’s age constantly (and honestly, where it is explicitly focused upon, it’s usually for comedic effect), it’s a ride well worth taking.  A movie like this could have had a cruel heart.  It would have been hollow and meaningless without a major connection to the characters.  Yet thankfully, it’s here that Leon delivers in spades.  It’s one of my all-time favorite films, and I can’t recommend it highly enough for those who’ve yet to see it.

Like Besson’s other popular film, The Fifth Element, we find yet another incarnation of this film on another format. But this is actually a good choice as it’s held up well over the years. The previous “Cinema Select” version was created from a 4K master whereas this is a true 4K version. The details, particularly the HDR, are noticeable early on.  Clothing textures, individual strands of hair, and fine details are all fantastically rendered compared to the previous release.  The color palette has also been warmed up substantially, and it’s a pretty marked improvement.  There’s really no comparison.

The same Dolby Atmos soundtrack from the previous Blu-ray is here (no need to fix what’s not broken). The surrounds are utilized quite effectively and persistently throughout the film, and ambient sound never fails to impress.  Again, I didn’t own the prior blu-ray version, so I can’t do a direct comparison to that disc on the audio side of things, but I’d be very surprised if that release held up as well as this one sonically.  While you’re not likely to mistake Leon for a movie made in 2015 based on the audio alone, those familiar with the film who’ve owned it on any of its various releases will find much to love about this presentation.  I can’t imagine anyone being disappointed and, indeed, most will be quite impressed.

Again, this has the same supplements as the “Cinema Select” Blu-ray released a few years ago. As of this writing, this title is limited to Best Buy.

Fans of Léon who already own the film on the previous blu-ray release will have a harder choice to make here than those like me who never owned the film on anything but standard definition. On the other hand, if you’re like me and have never owned this movie on blu-ray at all, this is the version you’re looking for.  The technical presentation is an improvement in every possible respect over the last release.  It’s simply a joy to watch – and to listen to.  As I’ve said, Leon is a great film that I can’t recommend enough to anyone who has yet to experience it.  And as for right now, this disc is, without question, the absolute best way to do that. 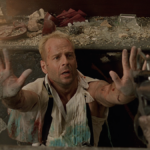 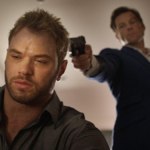